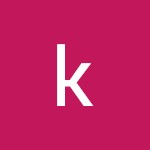 Good evening sir/Ma'am,
I am Purva Singh. I enrolled in B.Ed. 2016 to 2018 from Chaudhary Ranveer Singh University Jind,under Haryana College of Special education.I cleared all the semester.
Due to financial issues, I was not able to pay the full fee of the college. But now I want my certificate and also request the Director to make few installments of the leftover fee amount and issue at least the marksheet, so that I can apply for a job anywhere.
But they are not responding w, nor picking up calls.

Please suggest with suitable step towards getting this. 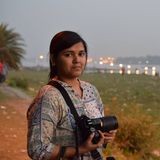 respected sir/ madam,
I am a recent graduate from Mumbai University and have enrolled in Bar Council of Maharashtra and Goa. But due to corona i have had to shift back to Kolkata, and now wish to practice here for at least a couple of years, maybe more. Do i need to get registered with the West Bengal Bar Council separately? if yes, is it mandatory to disclose my prior enrollment? (I am appearing for the AIBE this April). Is it better to register with the WB Bar Council after getting my AIB license?

Sir i want to ask you that is there any act into which a father can remove his son legally inro society in ary age.?