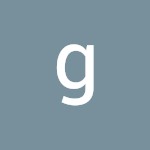 
Can I file PIL directly n argue before HC

Most of the govt records I sought for were missed by a govt office which are forgery, manipulation. Because it is involved in corruption. Can I file PIL directly n argue before HC without appoint advocate. I have many dox evidence


illegal stall in front of shop

Dear Experts,
I am a pagdi tenant since 1970 in city of pune,i have a written agreement with the landlord in which is described that i have a 3 shutter shop and in front of the 3 shutter shop i have open parking land.the landlord has illegally permitted a tea stall tapri in front of the right shutter of the shop,this was is year 2005,to harrass me.
i wrote a complaint to the pmc and after 3 yrs in 2008 they removed the stall,however within a week the stall was back,i went to the police,the police gave in writing thats its pmcs job and thay they have forwarded the complaint back to the pmc,i went to the pmc again and they said they removed the stall once and now you go and complain to the police,i showed them the letter from the police then still the stall wasnt removed after 2 yrs in 2010 they removed the stall again,but as usual it was back again within few days,this is when i heard about lok shahi din,i attended lok shahi din continuously in the year 2013 3 times every month for 3 months and i was given assurance the stall will be removed and it will be made sure it doesn't come back again,but its been now 4 yrs and no action has been taken,
i have all the proofs of the stall being illegal as the pmc themselves have given me a letter stating the stall is illegal and it will be removed.But action isn't taken,how can i get the stall removed permanently,can i as a tenant file a case against the tea stall,or should i file a case against pmc for not taking action

My father and grand father Purchased a propert in 1995 from muslim widow , my father transferred his purchased share to my mother in 2002. In the year 2005 her minor sons and daughter filled a case saying her mother and elder brothers sold there share illigaly . As per sale deed widow and her elder sons sighed in register deed saying the property selling for house maintainence and business purpose .
In civil court filled suit won by them
Kindly help me in what way i need to appeal in highcourt.

My son had married a second wife by NIKHA without knowledge of their parentsand lived with her for two and half years . They had a male child. But she has taken Khula (divorce) at the instant of her parents and he was forced to sign the Khula document under cohersion . THe child remains with his divorced Wife. My son after waiting a year,had sent an email to her for reconcilation and reunification. Now they approached She team on the plea that she is tortured even after DIvorce . They have referred it is a serious objection to local PS. There my son was torutred and was kept in cell and Later heavely beatenup by police and have booked FIR under section : 354 D of IPC and 66A I.T. Act. on the next day.Police had acted at the behest of the complainants side
My question is : Is it unlawful to send a communication via email his intention for reunification in the interest of child?
Am I entitled to approach human rights commission


Transfer from one state to another state

Sir/mam my husband is earning 50000 or more in a company. But he has shown that he is earning jst 5000 a month. I dont know where he is working at present. I have submitted his previous company's earning details. On the basis of that court has ordered a maintainance of 5000 for me and my daughter of 4 yrs. But he had never paid it. Sir is there any means from where i can get the details of his working . I have his pan card no and xerox. Sir and mam plz suggest.


Change of petitioners in a service matter case in high court

sir,
I want to know that is it possible to change/include the petitioner's name in a case.
case history- after 6 CPC recommendations.M/O Information &Broadcasting notified the merger of Gr.grade of IIS with senior grade of IIS(pay scale-5500 and 6500).after three years, ministry again d emerge this grade and recruit Gr. grade.then present association(with names of office bearers) goes to CAT.now case was in Delhi high court where outgoing president of association withdraw the case.and court dismiss the case on this ground.but then association office bearers want to peruse the case, because case in the name of these office bearers.
my query-is it possible that after withdrawing by present association,whether actual petitioners can peruse the same case

i m pradeep..there was a case logged against me ..in 2012 ..that time i was 18,.the case was compermised in this year in the court.i did never atrestd or went to the jail ..can i eligible for gov job. .pls tell me i am very dippresed..