My landlord had filed eviction petition for Bonafide requirement of tenanted premises (rent agreement in firm name) , for doing business by himself and with the assistance of his son ,who is in service .His daughters are married and they were not included in petition filed for eviction .
.Case is at stage of Respondent examination .
Landlord,his wife have expired without will and legal heirs (1son,2 daughters) have distributed property among themselves through family settlement .
They had placed request to implead them as legal representatives in present case and afterwards ,1 son,1 daughter do not wish to persue the case .Have surrendered their rights in favour of other daughter (she got the tenanted premises as per Family settlement) .Now ,she has placed request for Bonafide requirement of tenanted premises in individual capacity .
Is same allowable at this stage of the case ?
Plz advice

My father has two brothers and two sisters. Both the sisters were married and are very old now. My father was only son who took care of his parents (Both the parents expired before 2003). He spent thousands of rupees in 1980's for his parents for medical expenses, other expenses etc. Instead of spending those money to his parents if he would have invested in the real estate it would have amounted to crores of money today. The sisters didn't care about the condition of the parents and never spent a single penny from their pocket to their parents.

One of the ancestral property my grand mother divided among three sons and wrote a will. My grandmother died in 2003 and the will becomes active in 2003. Another ancestral property remains undivided and it belongs to my grandfather who died in year 1996. . My father claims the undivided property to be his property because he has spent his energy and money for his parents. However sisters are claiming equal share in both the property based on law.

Is it that male child alone should take care of his parents both physically and financially and daughters who has gone to a different home will never take part in any of the burden of taking care of the parents financially and come for claiming the wealth alone. Isn't it injustice to the male sons and what does Indian law say about that.

2) The sellers brother lives in Delhi


Rights of legal heirs against nominee

My father passed away recently..he had 3 fixed deposits in which nominee is my brother and one saving account in which i am nominee..i want to ask that only nominee has the sole right on money or we both brothers have equal right on total money including fixed deposit and saving account..because i have read in few places that nominee is just a trustee on money and all the legal heirs have equal rights ..please guide..

Respected Sir
Property belongs to my father self acquired property.He died with out any distribution of property according to my knowledge.i asks my mother to stay in the house she refuses, i doubt that she can crate any fake documents. still current bill 2 meters one is on my father name and second one on my name continue still and property tax on my father name.please give good suggestion to avoid that type of fake documents

Respected Sir, According to Muslim family law house can divide by physical way for four shares to live in that house individually.Mother is alive, she is not cooperate with me (Son) then can i approach court to divide the house as for law of muslim

I had registered on one well known matrimonial site where I met with one girl who showed interest in me for marriage. We had very decent conversation with each other for 3-4 months but never met. Later on, I realized that she never speaks truth therefore, not a capable and educated girl (only 12th pass) for my family. Since I left her, she has started blackmailing me that she will kill herself if I marry to someone else, make 5-10 calls to me which I already blocked (on 20th December 21, I told her that I am not interested in you at all) . Her brother is contacting my friends on Facebook to collect information about my incoming marriage. I am going to marry next week, I am very depressed what to do, kindly suggest. I do not want any hurdle in my marriage 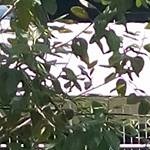 Can we do FIR in medico legal cases after 25 years of criminal nature related to heinous crime due to which plaintiff was about to become insane and mad?


Name change of wife after marriage

My mother(widow) already has my fathers surname on all her legal documents. However, she doesn't have any affidavit/document stating how she got this name after getting married.

Can she now make an affidavit of "Name change after getting married" and give the publications in 2 local daily newspapers.

Will this be considered valid?