Can accused compound his case of n I act on first date of hearing without the consent of complainant ? How ? Any case law


Conversion of land for loan in notified area

respected sir,
i want to know for equatable mortgage conversion of land from agricultural to non agricultural land is necessary in notified area/nagarpalika area??

i want to know provisions of sarfaesi act will be applicable to land situated in town area?for creation of mortgage in notified area land which is not declared non agricultural ? but building plan has been sanctioned by prescribed authority in such land,sarfaesi act will be enforceable or not ?

I would like to know the legally correct procedure and steps to take if I want to get separated from my family's property.

RESPECTED SIR
I WANT TO KNOW THAT UNDER SARFAESI ACT WHICH PROPERTY IS ENFORCEABLE ?

I MEAN IF PROPERTY IS IN NOIFIED AREA BUT NOT CONVERTED IN TO NON AGRICULTURAL LAND UNDER 143 UPZALR ACT THAN IT CAN BE ENFORCED UNDER SARFAESI ACT OR NOT ?


What after one month prison due to non payment of maintenance?

Wooooooh! So many threads on the forum Bechaare Misters! ...neways i also have come with a question
Please reply hunh! cause after this i have to go to jail for sure :-)
My wife suceeded getting IM 8000/- rs per month under 125 CRPC. Since the day she filed the case and till date the arrears come to 248000. Now my question that i will not pay her a single penny because i don't have any. Now i have to surrender to court and will be sent to jail for one month.
Will after 1 month of prison the arrear of 248000/- will be zero?
i have read some where (Once you spend 1 month jail term then that previous arrears becomes ZERO' )
I have an arrear of 248000 till date as per 8000/- per month. Does it means if i spend one month in jail in january 2015 it ALL will be squared off ?

I am an Engineer working in Columbus IN, USA (based out of Madurai, India). Below note is a brief summary that would help you better address/evaluate the some of my marital concerns.

I got married (arranged by my parents) on Dec 12th 2013, at this point our marriage hasn't consummated at all which is the major stress inducing factor in our relationship from my standpoint. Reasons for denial/constant postponement of physical relationship (basic rights of matrimony) remains unknown/mysterious at this point which induces stress in me that results in sudden tantrums (often for some other reason as I find fighting over this reason to be cheap). Lame reasons such as body aches, tiredness etc. are often cited. When I initiate the moves, I'm often snubbed/stared at or teased upon which makes it completely a disaster.

In support of the above issue, I believe there are other intrinsic disorders namely eating disorders and personality disorders which could be one of the causes for not being able to consummate our marriage.

I'm very motivated to end my relationship at this point. Will my marriage qualify for being considered as annulled/void? Looking forward to hear some of your feedback/thoughts on this issue. Please guide me on what the correct next steps should be to move on - we have undergone some psychotherapy and psychiatry sessions but counselors are unable to pinpoint a reason. Thanks for your time and efforts.

I MADE A MISTAKE IN COUNTING THE DAYS. PERIOD OF DEMAND NOTICE IS 15 DAYS. BUT I COUNTED 14 DAYS. BUT COMPLIANT IS FILED IN TIME LIMIT. HOW CAN I RECTIFY IT? STAGE: TO SUBMIT THE EVIDENCE AFFIDAVIT ON NEXT DATE. IS THE ANY PROVISION TO RECTIFY THE PRINTING / ARITHMETICAL MISTAKE? 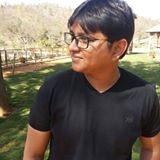 Dear sir, My one of the friend who get love married one year back and his marriage also solemnized by me. Now their family life is not so good even I say very worst family life, his wife all the time torture my friend mentally as well as physically and even not give the divorce. His wife may be possible file false FIR u/s 498 or Domestic violence or in much more. Now my question is for preventive steps what should my friend do? How he get divorced? Is he file a complaint before his wife put a wrong allegations on him? Even suggests - what precautions he would have to take so its will help in future litigation or save from police or other authority.
Thanks & Regards > CS Ritesh Rathod

SIR,
IS ANY LADY IS FILING MAINTENANCE CASE AGAINST HER HUSBAND AND IN THE CASE TITLE SHE HAS HER NAME ONLY AGAINST HER HUSBAND, AS MRS. ABC V/S MR. XYZ THEN WILL THE CHILD GET THE MAINTENANCE AS IF SHE HAS NOT COATED THE CHILD NAME AS PARTY OR PROFORMA RESPONDENT.BUT SHE PRAYED FOR MAINTENANCE OF CHILD ALSO. AS I HAVE SEEN LOTS OF APPLICATION IN WHICH CAOMPLAINT IS WITH THE TILE AS 1. mRS. ABC 2. CHILD DEF UNDER GURDIANSHIP OF mRS. ABD V/S mR. XYZ.WHICH IS CORRECT. KINDLY GUIDE ME WHICH IS CORRECT AS PER LAW.WITH REGARDS.