Decree on Caste Status Validity Regarding

In the year 1984 after all averments, Kothvalasa Muncif Court given a judgement that "A" is eligible for claiming ST Caste from Tehsil Office, Kothvalasa, Andhra Pradesh. Now based on the same judgement copy his son can claim ST caste? because A never obtained caste certificate and died, whereas A's son already obtained BC caste certificate from Tehsil Office after A death, due lack of knowledge on court matters, A's son enrolled as BC in School Records. Also A's Grand Son got an employment on OBC Caste, because this grandson childhood onwards BC. Now A's son is approaching tehsil office for ST status as his father belonging to ST. Please help me out. What will be the legal implications. Can he approach, if he can what is the status for A's grand son and his employment.

Marriage peition is dissmisses by judge??


Possible to use this process in case of review petition

Section 114 of the code although does not prescribe any limitation on the power of the court but such limitations have been provided for in Order 47, Rule 1 of the CPC. The grounds on which review can be sought are enumerated in Order 47, Rule 1 CPC, which reads as under: Application for review of judgment (1) Any person considering himself aggrieved (a) by a decree or order from which an appeal is allowed, but from which no appeal has been preferred, (b) by a decree or order from which no appeal is allowed, or (c) by a decision on a reference from a Court of Small Causes, and who, from the discovery of new and important matter or evidence which, after the exercise of due diligence was not within his knowledge or could not be produced by him at the time when the decree was passed or order made, or on account of some mistake or error apparent on the face of the record, or for any other sufficient reason, desires to obtain a review of the decree passed or order made against him, may apply for a review of judgment to the court which passed the decree or made the order

Pleas give me some suggestion on this how to proceed further. I am struggling with out proper job and financially become weak.
For Any help on this , i would be thankful.

The husband has received the summon while he was in India. Subsequently he has gone abroad. The Power of Attorney is appearing for the case. However, Family Court Judge has not accepted marked in the docket that Respondent [husband] called absent. The counsel for the husband has orally stated that they are going to file mutual consent divorce and seeking adjournment. The same is also recorded by the Judge in the docket. But even after five adjournments neither the petition for mutual consent filed nor the husband appeared. Whether, the wife may insist upon ex-parte order. Whether the Husband can contest the divorce petition even after the record of the Judge for mutual consent. The wife has filed petition only for divorce. No maintenance or alimony claimed in the petition. There is a girl child in the custody of the wife. The petition is being filed on desertion and cruelty grounds. Please guide. Thanks in advance.

My father had purchased a plot in raipur in 2014 in name of my brother .the land was registered but mutation was pending. My brother died unmarried in 2015. Now is mutation possible and what is the procedure.

This message is for my friend. She got married and started to live with her husband and family. The boy's parents started to fight with couple asking for her gold. they after much difficult gave the gold 100g(the full), which given to her on her marriage. the boy's parents then started to spent it and sold 25g, when this came to the knowledge of the couple they fought with them and took it back, they could retrieve the only 75g. now the boy's parents are fighting with them for providing them with a new apartment, money to marry their daughter off. Already they forced the boy to take 7lkh loan before marriage in the form of marriage expenses, he has a job and most of his money goes under this loan payment. Now they are fighting with the couple to get them separated so that they won't have family life together. It was an arranged marriage. the couple wants to stay together. Please advise what can be done against the parents without harming their marriage. 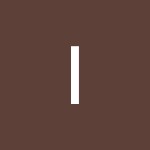 Respected Sir/Madam
Goodday to you.
In August 2014 the colliery division management of Steel Authority of India Limited has provided me Ad-hoc employment against land with the assurance that my service will be regular under roll of company once the Adhoc period is successfully completed. I have worked since 4years & 4 months as skilled worker without getting a single month salary. in respect for my unpaid salaries and regularization I have always approached the management but they always assured me that work in progress for payment of your due salaries and regularization too.in 2016 i have started written to the ministry of steel under CPGRAMS.At last I have approached the Dy.Cheif Labour Commissioner,he conducted enquiry through LEO.after enquiry I get only my due wages on Dec 22.12.2018 I am not yet received other statutory payments.
From 1.12.2018 the HOD of mine department stopped my work (before salary paid) without assigning any authentic reason and notice served to me.Now I am jobless please suggest what to do to get my job back and other statutory payments.
Thanking you,