I had filed for divorce in December 2015. Subsequently in 2016 my wife filed various cases against me including domestic violence, maintenance, 498a etc. She also filed section 9 for restitution of conjugal rights. In view of the cases filed against me, i do not want to live with her. Our relationship is beyond repair. We are living separately since 2016. My divorce case was closed ex parte as my lawyer didn't inform me of the dates and procedure. Can i file for divorce in the ongoing case under section 9? Or shall i file a fresh case? Please guide me how to stop her from coming back in my life. I am ready to pay higher amount of maintenance but she is not agreeing to it. She has told that she wants me to suffer by attending all cases

sir,
a maintence oder was passed in 2018 to my wife but the oder copy has misplaced somewhere, so can i get the duplicate order copy for court

We filed execution petition under Order 21 Rule 11. Respondent filed reply tht this CPC is applicable for property related matters and cannot be applied in child custody matter. Can someone guide whether we are right or wrong ?

If any judgements of High Court or Supreme Court in GWA cases available where CPC is mentioned for execution then pls share the same.

My relative had a court marriage on 25 February 2022.
The girl's people were contacted through the ad given in the paper. The girl was a widow and the boy (divorced). After 10-12 days of marriage it is found that the girl is suffering from mental illness. At present, the girl has been sent to her parents home on 26 April 2022. The girl's mental illness was not disclosed before marriage. It is cheating. The boy cannot spend his future life with a lunatic.
Date of Marriage: 25 February 2022
Place of Marriage: Motihari (Court Marriage)
Girl's Home Town : Motihari, Bihar
Boy's Home Town : Arrah, Bihar
Boy's present residence: Ahmedabad(Since 10 years)
After marriage, the husband and wife lived in Ahmedabad from 25 February 2022 to 22 April 2022.
Kindly give suitable suggestions and where to file the petition.


Queries regarding family dispute and property.

Hi,
I needed your advice regarding a problem

I am a married man living with my parents in the same house. The house is on my father's name. My younger sister has been married. All the house and other expenses are carried out by me. Presently there are lots of fight going on with my parents and the reason is my sister provoking them by saying lot of false things to them about me and my wife. Also since her husband is on ship, she happens to stay at my place almost daily which is creating a lot of problem. So I have some doubts which I need some inputs from you.

1. How to find out whether my father has created any Will. Can I have any knowledge about it without asking them so that it doesn't create more problem.
If he hasn't made a WILL, how much percent of property am I entitled to? Like would it be 50-50 between me and my sister, or I would have more hold compared to her?

2. What if he decides to give this current house and his earned money which is in bank account to my sister and nothing to me?(There is a high probability this could happen) Is there any way I can fight for it legally. Do I have to preserve any proof at present which will help in future.

I filed for divorce and got decree
Divorce decree was granted in my favour on the grounds of cruelty u/s 13 (1) (i-a)
similar observations were made by the Judge there was a hand written evidence- an apology letter by wife which mentioned that she will not commit any mistake (lie, willful desertion etc), in future so as to she wanted to join matrimonial home.

Brief observations by Honorable court in 498a & Grounds for acquittal given by court were.
1. No demand towards dowry before/in/about the time of marriage has come on record.
2. It is proven that she left her matrimonial home without any cause and what to say about any demand of any kind of harrassment met to her, ignoring the fact that accused no1 had been pleading her intensely to talk and inform him if she had any grievances at her matrimonial home and not to leave the same.
3.Thus in view of recorded conversation which consists of the constant facts stated by the complainant contradicting her deposition before this court and also approach towards truth it is held that her deposition regarding demand of dowry and beatings and maltreatment are not trustworthy and the allegations as made by complainant are held as disapproved.
4.In present case after going through the evidence collectively and more specifically the recorded conversation complainant is not found as truthful witness.
5. Chronology of the events also shows that the complainant did not celebrate even a single festival at her matrimonial home. The evidence produced only shows that complainant had been maintaining herself most of the time at her mother's place and she had left her matrimonial house even last time without any cause.
6.The intention of the complainant to join the company of her husband at her matrimonial house also does not justify her act of making false accusations against the accused or his family members. In the present case the complainant allowed the web of falsehood to be woven against her husband and she herself assisted the same. Therefore the complainant cannot take plea of her intention to achieve the objective of saving matrimony in order to be untruthful and untrustworthy. Not only this , law does not recognise putting false accusations as lawful excuse.

I am still ordered to pay double amount what i was paying as interim maintenance, I am contesting thsi with revision petition in HC ( pending)

my query is how can i use these judgements in my favour in 125 crpc or can I file counter cases to stop their demand.

Respected Experts,
I don't want to state the facts here just want to know -
1. is Registered Deed of Divorce valid?
2. is the mutual consent agreement for settlement and divorce valid?

Please do answer and sorry I can't post the facts here.


Wife not studying for competitive exams

We had arrange marriage for 9 months. I am engineer from good govt. university. Working in Public sector. My wife is MA B.ed, 27 yrs. No job experience, average student, studied in Hindi medium. I wanted to prepare her for SSC like exam. Where Maths , Science, Computers , english n Arts subjects are learned n it could benefit her personality as well. But she has submitted to police that I pressurise her to study and I don't give her maintenance. But I only wish her to study so that she could make best use of opportunities, we could be more compatible and already I am taking care of expenses as and when required or buying clothes etc. freely for studies. Now girl n family threatening me to file Dowry case for one casual remark, if I file for divorce. Both of our parents with old thinking are interfering alot for society sake. Girl yields to what her family says.
I wish to file for divorce for non-compatibility, without maintenance. 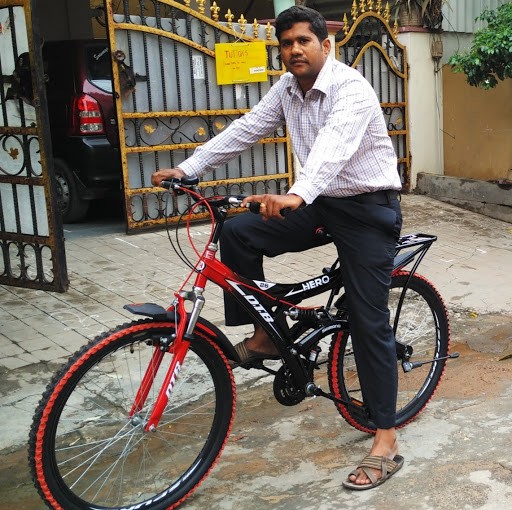 Can a Muslim Married Man who is having living wife and 4 children marry Hindu Women Widow.
1. Muslim man donot want to go to Divorce with his wife but says that Muslim religion permit 4 wifes so can be marry hindu women widow?
2. Can Hindu Women converts to Islam and then marry muslim man?
3. Hindu women has 2 child and few properties on her name and her late husband ? what are the impacts on such properties if she married muslim man?
4. Any alternate way to get the marriage done between muslim men and hindu widow?
5. Legality on such marriage?

Hi,
I lived with my wife for less than 9 months and then we separated because of constant arguments and execsssive interference from her mom.
It’s been 3 years since then and for the past 1.5 the bride has filed a divorce case under Hindu marriage act, under mental cruelty.
She is also claiming I (the husband) must per back any expenses she might have made for the wedding and also every penny she spent while residing with the husband.
I (the husband) also made similar expenses during marriage and also for the wedding, but she is u willing to consider any of those.

Does her case have any legal standing? She is threatening to pursue this as ‘economic violence’ and mental cruelty?