Whether Mobile Clippings are Admissible in the Court of Law

Whether Mobile Clippings (i.e. any video or any thing recorded by Cell Phone) is admissible in the Court of Law, Are there any Bombay High Court or Supreme Court Citations.


a query for how to relise an N.B.W person from the custody of his father


for what provision the section 439(2)of crpc is maintionbel. pls provide me the provisions of those section.is it be usedfor cancilation of bail

My company is doing a work contract of RE wall in Gujarat. what is the liability of service tax and work contract tax. How it can be calculated.

i have rented out my house property and has got rent deed signed by taking computerised print of the deed. now i want it to be legally enforceable. so i am thinking to get stamp affixation on the same and getting it attested with notary. will this all serve the purpose or some other formality is also required. 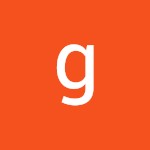 what are the activities considered 'cruelty'?

I have applied for PAN 4 month ago. But i did not got any reply from nsdl.Thereafter I filed a complaint in NSDL website giving ref. of Case Law 255 ITR 407- Chandrakant Kandlal Sheth vs. Union of India (Calcutta High Court)
In which it is said that it is the right of the assessee to get PAN and High court has given 3 month time limit within which PAN has to be issued.
But there is no reply

My name Deepak, age 23 years. I took loan and started one office where I was doing data entry job work from few of companies. Just one month was passed one person came to me with a proposal of data entry work for which he asked for security deposit to be submitted to the company to get that work. But since I was not having enough money he said me to collect few members through advertisement or friend circle and tell them to deposit the amount and get the work. I did same. My friends and few strangers came to him he convinced and they get ready then they submitted Rs.5000/-, Rs.7500/- or Rs.15000/- depending upon their capacity and this way Rs.2 Lakh was collected by me. But they were asking for security so I gave in writing on stamp paper that my company is taking so much of amount and that it is refundable and we will be giving job work every month. I forwarded that money to that person who after a month run away by that time. First job work was finished and all members where asking for another job. I took that job work and then since it was taking long time after few days I meet that person he said that he will give transfer to my account on so date against which I gave my cheques to all the members. But on that date he failed to deposit the amount. Then he made many promises he wrote a declaration on stamp paper that he has took 2 Lacs from me regarding this project and he will return on so date. And that date also came and gone but he failed to do so. After that he made many promises and now those members started doing case or complaint over me. Once I complaint against that person to police but taken back when he started giving money after 7 month but now he returned just Rs.35000/- and started promising again. I just to know what I can do to be safe as all members have on writings from me they say they don’t know that person. Now, may be he return back or not also but I will return them money back but I need few time to do so. So, what kind of law we can use to be safe in which we can ask for time under which I will return the amount to all the members. Please if any one can help on this matter. I not have too much of money to hire lawyer for this. Already facing financial crises due to such problems.

My problems now is that
- that person is not coming who played this game.
- He just keep smsing that on so much that he will transfer some amount.
- Then late days he send half or full of his said money.
- The members are now not ready to wait they started doing cases or complaint on me.
- If there is any law, under which that person has to come in front. Or if I can ask for time to repay all of them of which I paid Rs.60000 till now.
- Please help in this regards.


How to become Bank Manager

Dear Expert,
I m graduate (BA) from rajastahan University with 68% marks.
what is the procedure to become Bank Manager? Is there any segeration for state wise Plz specify in details.

is there any different cell of IGP?
where i can give a complaint to concern SP.pls kindly explain how to give a complaint to the SP ? should i produce all documents to the SP which iam having to show the guilty of my father-in-law (A2).i lodged a complaint in women police station begumpat an N.B.W is pending on my husband in that police grounds. to which SP i should approach?

ONE OF MY FRIENDS HAS BEEN THROWN OUT OF HIS FLAT WITH WIFE AND TWO SMALL SONS BY OFFICERS OF A NATIONALISED BANK FOR AN OVERDUE OF RS.3000/-ONLY, IN HOUSING LOAN OF RS.400000/-SINCE LAST 9 MONTHS, BECAUSE HE DID NOT REPEATEDLY ENTERTAIN OFFICERS WITH LIQUOR AND NON VEG FOOD. NOW HE HAS NO FOOD, CLOTHS, HOUSE, MEDICINES, HIS BANK-FILES AND MEANS/TOOLS OF SURVIVAL AND EARNING. HE LOST BUSINESS IN THIS PERIOD.THEY ARE SURVIVING IN A ASHRAM. HE HAS NO MONEY TO PAY FEES TO DRT/COURT OR ENGAGE ADVOCATE. DRT IS NOT ACCEPTING APPLICATION WITHOUT ADVOCATE AND FEE OF RS.12000/-. LOCAL POLICE IS NOT DOING ANYTHING ON HIS COMPLAINT. V HAVE OBTAINED SOME INFORMATION UNDER RTI ACT, WHICH SUBSTANTIATES THAT BANK OFFICERS HAVE GROSSLY VIOLATED LAW OF LAND, SUPREME/HIGH COURT JUDGEMTNS AND RBI CIRCULARS NOT TO RESORT TO ABUSIVE RECOVERY METHODS. NINE FUNDAMENTAL RIGHTS HAVE BEEN VIOLATED. COMPT WITH NHRC IS NOT ATTENDED BY THEM.LEGAL AID ADVOCATE IS ILLEGALLY ASKING FOR MONEY TO FILE WRIT. BANK HAS DEPRIVED HIM OF INFORMATION AND MONEY TO DEFEND HIM.DRT IS THE APPELLATE TRIBUNAL FOR ACTION OF BANK UNDER SECURITISATION [SRFAESI] ACT 2002 U/S 17. RBI IS NOT RESPONDING DESPITE TWO REMINDERS, LAST TO GOVERNOR OF RBI. ADVOCATES ARE DEMANDING RS. 40 TO 50000/-FOR JUST FILING WRIT IN HIGH COURT. DRT ADVOCATE WANTS RS.25000/- FEE FOR FILING FRESH APPLICATION IN DRT. FURTHER DELAY BY GOVT MAY PROVE FATAL TO THIS FAMILY. BANK H.O. IS SUPPORTING ERRING OFFICERS SO THAT OTHER DO NOT GET DEMORALISE FOR RECOVERY. THIS IS CASE OF A COMMON MAN OF INDIA VERSUS BIG NATIONALISED BANK, WHICH IS ACTUALLY MANDATED TO HELP AND DEVELOP COMMON MAN !

OUR LEARNED EXPERTS MAY GUIDE FUTURE COURSE TO MY FRIEND.