Hii
If in any complaint u/s. 138 of N I Act, if an accused wanted to settled the matter by paying amount equal to cheque amount (which had been bounced), and which is a very nominal amt like Rs.3000/-, can application for compounding of the said offence be file on second date of hearing of the matter?
Actually, on first date also on which accused had been released on bail, accused was ready to settled by paying amt of cheque and Hon'ble Court was also directed complainant (Bank) to settled, but complainant refused to settled.

So, in above circumstances, what step accused can take on next date, if very honestly he want to settled the matter.

Kindly revert back as early as possible to enable us to proceed with the matter.

Thanks in advance.
Darshna 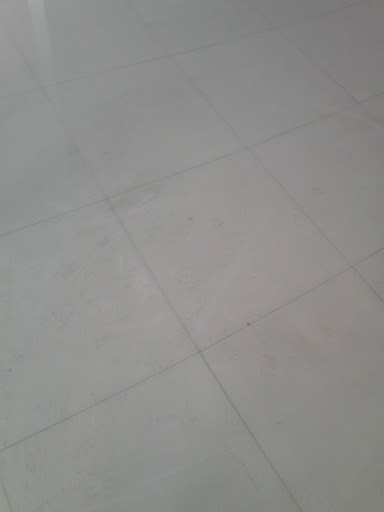 so please help out to solve this issue

what do please tell me

Thank you for your suggestions.

Sir,I am appearing from the side of the accused in a complaint u/s 138 and there are a total of 5 complaints pertaining to the same transaction and same cause of action,the accused had issued 5 security cheques to the complainant which i will prove at the relevant stage.

But the query is that the counsel of the complainant does not keep all the 5 different complaints on the same day and instead to harass my client/accused try to keep that on different days so to cause the presence of the accused and to harass him and even the judge is also satisfied with the complainant's counsel.

Gud evening all. My wife filed 498 A on me but neither she nor her lawyer/relatives come to court on hearing dates. Three dates have passed but she/ lawyer did not come. What may be her intention behind this. Is this her tactics to harass me. What should my further course of action to tackle this . My lawyer is not telling me the correct picture. 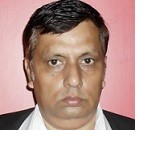 Accused met with accident killing victim on the spot. Charged with 304a.
Car had no insurance, thus 2 cases
First for no insurance ended with Compromise between parties, complainant signed document stating money received and no objection on other case.
Complainant missing since.

Second case is Criminal case. 1 eye witness who has given his statement in court.

Judge from first case told accused that after the compromise both cases will close automatically.

Now lawyer says criminal case will not close till complainant comes again to give statement in criminal case.

What is the solution?
We thought the accused would be acquitted after the compromise or FIR quashed on basis of compromise.
Lawyer keeps pushing for next date and never gives a clear answer.
Please help..

We are the tenant staying in flat for almost 5 years. Our landlord has done a fraud of up to 3 corers of various banks, financial institution and others including us.

He is absconding for almost 3 years.One of the financial institution has recently filed against him under negotiable instrument act. The value is around 1.5 lakhs.

We have given statement to police that he is fraud and absconding since 3 years but
Now the police is visiting our flat repeatedly and forcing us to give statement in police station .

My dad is 59 years old he is suffering from ailments we request police to take the statement at our flat. But police are compelling my Dad to visit police station.

Is it necessary to visit police station ....?

I am Priyanka. I wnat advice on how to change father's name for my Son. I got married again in May 2012 after my divorce in February 2011. I have a Son from my first Marriage who is 8 years old studying in forth standard. My current husband has accepted my son and my son also has accepted him as his father. My husband wants to give his name to my Son. Kindly advice me how we can get it done. What is the procedure whether it is allowed by Law.
Also please let me know will my name change affect his name change.

I will be thankfull if anybody can guide me in this issue.

i am mahesh from Hubli Karnataka, i am been accused under section NI act for making stop payment of my cheque which was presented by a unknown dealer (building steel supplier) were as i came to know abt the cheque presentation when my Bank manager informed me wen it was came for collection.
hence i gave a letter to stop the payment of the cheque to my bank and issued a legal notice to tht delear immediately and he refused to give the cheque wen we asked and he started blackmailing us, and also he issued a lawyer notice for cheque bounce case against me and the case is goin on.
1) as he as no proof tht i have purchased goods (steel) as on Bill receipts there is no my signature or any delivery report.
2) His firm is a Partnership firm without Legal Registration under Law.
3)he as no proof that i have taken goods from him.
4) the said cheque is two years old leaf from one of my Cheque book of SB A/C, which some one has stolen and given to him.
5)the cheque is not written by me and my signature differs som how.

kindly suggest me what will be the future as im afraid of it.