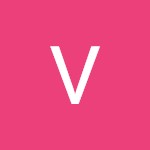 
Challenged sale deed and mutation after 9 years of registrat

I purchased a land in in 2011 by registered sale deed. After registration I do mutation of my land in revenue record. I got possession by seeler. Since 2011 to 2020 I paid property tax continuously 9 years. I received land possession certificate by government of this land. Now the problem is seller died and and his son(age 32) challenging my land registry and mutation. He is saying this is ancestral property . Can seller son challenged my registered sale deed and mutation record after 9 years. What should I do???

My elder brother has taken loan in the joint name of my father without consent of my father .Property is in the name of my father but he has not executed any legal document relating loan but finance company has given 13(2) notice earlier and now they have given 13(4) notice ,what should I do now ?

Whether 138 NI act case can be file If the reason for return of the cheque is materiel alteration?

COMPLAINANT HAS ISSUED NOTICE HOWEVER IN THE SAID NOTICE CHEQUE PARTICULARS LIKE NUMBER, BANK AND BRANCH WAS NOT DISCLOSED EXCEPT AMOUNT. IS IT DEFECTIVE NOTICE. 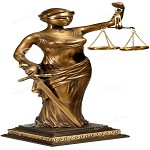 I want clear explanation about consequences of death of one of several defendants in a suit, what is mean by 'right to sue' survives as stated in order 22. when suit is abated, need clear interpretation.

Whether defendants filed Counter claims against plaintiff after commencement of trial.....original w/a filed in the year of 2011...additional w/a filed on 2018......now the stage s x of pw1

My father(as buyer) has entered into a sale agreement with say X for an immovable property in the year 2000 with a condition that the tenant in the said premises to be vacated by X. The sale agreement was registered in the Registration Office. My father died in 2013. Before his death, he has made over the agreement in my favour. The X has also died in 2014. The tenant has been vacated now. The legal heirs of the X is refusing to honour the sale agreement and demand for higher price now. Whether, I can sue the legal heirs of X to execute the sale under Specific Performance Act. Thanks to all Learned Experts for their opinion.

I want to know whether the grant of compensation / award in land acquisition proceeedings are proof of title. Are there any case laws on this point

partition suit instituted by the plaintiff in the year of 2005 .D-3 WS filed on 2011 .xpw1 compleated now stage is for defence and now the LRS of D-3 filed O.6.Rule 17 cpc for amend the original written statement 01-01-2019 after lapse of 12 years stating that the plaintiff delibaratly have left some joint family propoerties bearing survey no75 .10 guntas...
the real fact is 10 guntas purchased by defendant no-2 self aqired property whether this amendment application maintainable by way of counter claim aginst the co-defendants.?
mainly D-3 died Lrs application still pending for orders and not yet arrayed as defendants on plaint under this circumstances his Lrs of D3 have locus standi to file the above application? is it pre mature application.