Hyd HC WP34322/2011&WP16793/2016. The hegemony in supreme court was assessed when senior counsel like sri Mukul Rohatgi got STAY orders go client smt Navneet Kaur Rana,MP whose SC status was cancelled by Bombay HC. A well known caught fakeSC woman lecturer from Telanagana Sarawatha Parishad, (Kothi, Hyd) got two STAY orders from venal HC Judges of Hyd by paying bribes through senior counsel sri S Niranjan Reddy( Now MP, RAJYASABHA). In 2010, Hyd Dist Collector conducted three enquiries SW, RDO&CVC for 9 months before giving final report based fakeSC complaint. Still he is blamed for no patient hearing, no natural Justice by chanting in Hyd HC for decade. Her Advocates were Known for perjury, suborning perjury, concocted stories, fabricated evidence& implausible logics Or cavil logics in HC. The played trick was that Demised mother had SC surname, but rest family&relatives are non-SC. HC Judges set all reports& G.O G.O.No 13 of 27.4.2016
aside to give STAY. Social Justice was nicely trampled by HC Judges as they never allowed Telanagana state Govt to replace with genuine SC candidate in the occupied job. More over, the senior counsel ensured CC orders issued to IAS officers smt Sunita & smt Vani Prasad CCE for reinstatement& monthly disbursement of salary to fakeSC employee .How did judges dangle to caught fakeSC? The caught fakeSC lecturer got step daughter,mother-in-law& cousins( who gave her leaked UGC2000 paper's ) killed using her crook mind...IPC120B is a crime. Criminal Advocates were nagged in every stage to ensure Police take wrong direction of investigation. Husband of fakeSC is a 3 times married,scrooge. He ensured 3 police cases No 10/2012 at Nallakunta, P.S ,96/2016 in Sultan Bazar & P.S 780/2021 Saroor Nagar P.S. None can club them because of drooling& couple's soliloquy. Hyd Police never introspect their approach. The Suicide Note of eldest daughter mentioned her father to be happy with her death. Father deceived even eldest daughter family IPC 406. but he spoofs as given livelihood as per Advocates training. Hyd Police were paid bribes to believe that son in law forced her to write such as per Advocate's dictum. 4 pages allegation were made by father of the slain.CCTV,CDR,FSL& Post Mortem failed to prove all allegations. Bereaved Family seeks Justice from Governor of Telanaga as TRS Govt failed to dismiss fakeSC employee& stop death of family members. The caught fakeSC woman is 6times 10th failed lecturer smt Birudha RajaRatnam from Andhra saraswata Parishad, Kothi, Hyd. She lives in Mytripuram, Karmanghat Hyderabad..

first of all its not educational query,I am not a law student

we had centralised 2 rounds per merit list,I could not get admission to law college which i want
they put another merit list of institude wise on saturday 12 pm ,I was another city and exam so could not attend and my name was actually unexpected
I gone to my homeon sunday and then monday morning to law college ,more than 900 km travel ,early morning they said admission was full
I am 39 and have leg ligament inury plus venus thrambiosis
had too much fatigue in this hassle

I have approached CAT the transfer order of my custom dept in Sept 2019 and during first part of hearing CAT has ordered no coercive action shall be taken ie till the verdict of Judicial member an administrative member verdict. But due to difference in opinion matter refer to third bench and third bench order in favor of me on Feb 2021. When dept proceed to High court , High court set aside the CAT order and support the transfer order on AUGUST2021. Am I unauthorize absent /no salary from Sept 2019 to August 2021 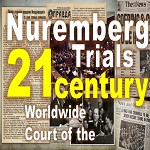 I am looking for activist lawyers, journalists, translators and other activists who are ready to support (free of charge) the promotion of my PIL on USSR CASE to achieve registration of this PIL under the permanent number in the Supreme Court of India and publish information about my PIL in all official and alternative media around the world. This PUBLIC INTEREST LITIGATION have Diary No. 14060 of 2020, filed on 07-07-2020 in the Supreme Court of India. I am the petitioner-in-person in my PIL.

Respective Sir/Ma'am, I have a undevided property and want to install the electricity new connection in that place, but my partner's are giving the objection for that. They also applied and installed the connection in that place, that time they have taken any confirmation from me, also I hadn't given any objection. So, now can I get the permission from court, or any other way to solve it, Kindly guide me for the same.

Government has put me under surveillance for reasons known only to them.
I filed RTI with home ministry to know the reason but they used mayajaal of bureaucracy to turn away from the query.
I even filed a police complaint but I had to withdraw the complain because of lack of evidence.

I am being subjected to all sorts of abuses by these self-righteous overdogs. They seem to be suggesting to me that they have some sort of right over me, my privacy and my way of life because they have won some election.

I wanted to know whether I can file petition with Supreme Court to restore my rights and will it be costly?