in this which one is full bench & Consitutional bench can anybody tell me pls.

In High Court how many bench are there whether it may be orginial juridisction, criminal or civil in nature or appellate jurisdiction or writ matters .

Requesting the LD members to elaborate it if possible by the judgment give by the SC or the HC.


Applied an application Section 5-a But section 27(4) correct

I( Vendee-DHR) filed a petition u/s 5 A of the act for regulation of an alienation, on the basis of a compromise decree, obtained in a suit filed for specific performance of an agreement of sale(un registered) before the Mandal Revenue Officer. And after due enquiry and also after following the due procedure, the MRO has issued a certificate to that effect on my favour.

When the matter was carried before the Joint Collector (Revisional Authority) by other side who contended that “no notice was served on them before passing the orders and also further contended that the said DHR has failed to approach the trial court for registration of the sale deed and thus the revisional authority has no jurisdiction to entertain the case”. The Joint collector has dismissed the Revision Petition. Further he also relied upon the Rule 27(4) of the Rules with regard to implementation of court decrees.

As against the said order, the matter was carried by other side, before the High Court (Single Judge) by way of Writ Petition and the same was also dismissed.

When the matter came up before Division Bench of High Court, it was contented that

1. No regularization of alienation even based on a decree obtained in a suit for specific performance can be ordered under Section 5 of the Act.
2. An agreement of sale cannot be considered to be a document of “transfer” or “alienation”

and accordingly passed orders against me. And now the matter is pending before Supreme Court carried in a SLP.

The Act is as follows:-

Section 5-A Regularization of certain alienations or other transfers of lands:-

(1) Notwithstanding anything contained in this Act, the Transfer of Property Act, 1882, the Registration Act, 1908 or any other law for the time being in force [where a person is an occupant] by virtue of an alienation or transfer made or effected otherwise than by registered document, the alinee or the transferee may, within such period as may be prescribed, apply to the Mandal Revenue Officer for a certificate declaring that such alienation or transfer is valid.

I have came to know that if any act is been repealed then after repealing that act should be mentioned under this act.That xyz act has been repealed.

Eg: BCD act is repealed then this act after repealing should be mentioned under the Repealing Act, 1870 that BCD act has been repealed.

The Doctrine of Basic Structure of the Constitution was invented by Supreme Court. Pls post the doctrine here.

Dear Experts, if any one of you could provide a link or upload a sample writ petition to Supreme Court under Article 32 of Constitution.

Which section says that law enforcement agencies can tap phones for security reasons more than 72 hours without the permission of union home secretary or principal secretary (home) of state? What do u mean by inspector general rank officer? As this officer can give orders to do so.

Pls elaborate it & i have heard that there is a SC guidelines for taking the permission & each everything till destroying the call records SC has given the guidelines so can i have the guidelines.


medical board examination in a false cross case

This query arose after reading the following thread http://www.lawyersclubindia.com/forum/Value-of-anonymity-in-true-democracy-36790.asp

My question is do we have similar rulings from our Supreme Court protecting anonymous free speech and expression?


Promissory Estoppel Applicable to any government .

OPINION Required in Depth If Possible With the Relevant Case Laws of SC Only.

1) SEZ (Special Economic Zone) Act cannot be changed by the Finance Act.
2) Invoking the theory of promissory estoppel according to which if a promise is made by the government in the shape of a notification or declaration and if the financial commitment is made I pursuance of the promise, there is no way in which the government can back out from the promise. So we can say that promissory estoppel is applicable to any branch of government or any state government & also to the central government.
3) The SEZ Act was made by the Commerce Ministry & not by the Finance Ministry so the finance ministry can’t change or amend any act which was passed by the commerce ministry. Is there any provision under Constitution Of India, 1949.


Especially on point no. 2 & 3 the case law is required & respected opinion is also required. 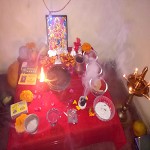 The Member of the Territorial Army being integral part of INDIAN ARMY are subject to INDIAN ARMY ACT 1950 governed by - DEFENSE SERVICE REGULATION, Regulations for the ARMY, PENSION REGULATIONS 1961 .

Officers in the TERRITORIAL ARMY are holding commission ,granted by the president of INDIA with designation of Rank corresponding to those of Indian commissioned officers of the regular Army , Granted Gratuity on their honorable retirement\ Discharge\Release after 05 years of aggregate embodied service / or 10 years of commissioned service alike Non pensioner SSCO\ECO

Yet are not granted EXSERVICEMAN status
ON CONTRARY

Non pensioner Short Service Commissioned Officers .
are treated as Ex-servicemen, on their discharge with Gratuity after 05 year commissioned service. inclusive of their pre-commissioning training period as CADET.

Honorably retired officers of TERRITORIAL ARMY are awarded Gratuity at par with All retiree of Indian Army which constitute one class. It is not LEGAL to single out certain persons of the same class for differential treatment. Denial of Ex-Service men status and ensuing benefits has created a class within a class amongst ALL honorably retired officers without rational basis and, therefore, becomes arbitrary and discriminatory.

as per ARMY pension regulation Part-I 1961;- Gratuity is an kind of pension However, honorably released with Gratuity from TERRITORIAL ARMY are excluded from consideration as Ex-servicemen without any valued reason

Existing definition, laid down by the Department of Personnel & Training(DOP&T), Ministry of Personnel, Public Grievances & Pensions, which has been in vogue since 01 Jul1987,
Ex-servicemen;-
;-Who has served in any rank whether as a combatant or non- combatant in the regular Army, Navy or Air Force of the Indian Union but does not include a person who has served in the Defense Security Corps (DSC), the General Reserve Engineering Force (GREF), the Lok Sahayak Sena and the Para Military Forces

-The personnel of Territorial Army (TA) who are pension holders for continuous embodied service, persons with disability attributable to military service and gallantry award winners released on or after 15 Nov 1986 are eligible to status of ex-servicemen.

Pension & Gallantry award ;- are the compulsory criteria - for the personnel of Territorial Army to attain the status of Ex serviceman which can neither be assured Nor Guaranteed & seems practicably unfeasible abiding the Role\ service concept of Territorial ARMY

Denial of EXSERVICEMAN status to Honorably RETIRED (with gratuity ) officers of Territorial army is an open affront to their Reckonable embodied service rendered for national defense,& is wholly arbitrary, discriminatory and violation of Article 14 of the Constitution.
services of Territorial army personnel in comparison to other Indian armed FORCES personnel is neither inferior nor services required by the Indian Armed Forces are superior to Territorial army

Definition of EX serviceman As per the existing definition, laid down by the Department of Personnel & Training(DOP&T), Ministry of Personnel, Public Grievances & Pensions,
which has been in vogue since 01 Jul 1987, an ex-servicemen means a person:
;-Who has served in any rank whether as a combatant or non- combatant in the regular Army, Navy or Air Force of the Indian Union but does not include a person who has served in the Defense Security Corps (DSC), the General Reserve Engineering Force (GREF), the Lok Sahayak Sena and the Para Military Forces

Therefore, this is submitted before you with a sole aim to bring the most genuine grievances of Honorably Retired \Released\Discharged NON pensioners\Gratuity holders of TERRITORIAL ARMY with in the purview of EXSERVICEMAN status at par with SSCO.