Name change in 10th, inter, b.tech and other government docs


Judge is favouring the plaintiff

An illegal tresspasser filed a civil case on my father to enjoy our property free of charge long time. The civil judge has favoured him by giving temporary injunction order in Plaintiff's favour. I do not want to appeal but if I want to change my court, is that possible?

It became a complex case when since past 2.5 years , our case is not been progressing because any lawyer we hired, the opponent lawyer make negotiations with them and these lawyers are withdrawing from our case even after giving good fees. My father is 75 year old , living in Mumbai and the property is at Mehsana Jilla so we need to hire local lawyer and its been so difficult since trespasser is a political leader of that taluka.

I am living out of India, hence only can work with lawyers who uses emails or WhatsApp. In the small Taluka, all lawyers knows each other, even Judges were seen playing cricket with lawyers.

In Injunction order, Judge wrote "balance of convenience " and irrepairable loss to PLAINTIFF if the injunction order is not given, where as real truth is PLAINTIFF has kept our property in locked position since past 7 years and we put electric bills also to prove that.

Now situation is all PLAINTIFF are out of picture and the political person's employe is now POA of the case and never come to the court. Once I appeared in the court with my father and ask them to proceed with our presence as "PARTY in PERSON" The judge immediately refused that and asked us to come with lawyer. This is a reason I suspected that Judge , lawyer etc. are influenced by that political person (who has been popular in Taluka for Judge posting and recruitment also). If you need more info I can give , my email is rashesh_shah@hotmail.com

What best can be done?


How long does an ex parte divorce take in india

My wife has left from me 4 yrs. back without knowing me and after that there is no response from them in any aspects we tried. I was unable to find them. Then after I decided legally and applied for divorce about 2 yrs. back and lawyer has served around 6 notices for their last known address, but no response has been received from them. Initially they took 1 notice and opened which is clearly visible with envelop cover but returned as mentioned person not available in current address and for further notices no response received yet.
Now what is the next step to follow to finalize this case. More how much time does it take to get ex- parte divorce in this case. Is there any way to speed up my case and get closed? Do we face any issues with ex-parte divorce in future?

Dear sir,
I own a flat on third floor in four storey building. I gave it on rent. Flat was purchased in 2009 in virar. My licensee verbally complained 3-4 months back that water tank above bathroom automatically get empty and also some fittings are leaking. For that I sent plumber and get it repaired. After that there was no complaint.
I never done any changes in pipeline in bathroom. Everything is as it is, as given by builder.

Last month I took token amount for selling this flat and recently agreement was registered. When all this happening,
Now suddenly few days back I get complaint from my neighbour and below floor flat that they are getting water leakage from my bathroom to their home. Immediately I sent plumber next day and plumber now told me its concealed pipe leakage work and bathroom tiles will have to be broken to find leakage in pipe line and pipes had to be replaced as they rusted. I did all that expenditure and replaced all pipe line in my bathroom and leakage stopped. But now neighbour and below flat owner, is harassing me that he also need compensation for damage in his rooms. But when I see his room it doesn't seem that damage is so major and only because of water leakage which came to my knowledge recently. Now they are claiming that it was very old leakage and I ignored it in my bathroom. They had given first time written complaint to society regarding leakage and damage just 5-6 days back. Out of which leakage part already solved in my room at my cost immediately .

Now I want your guidance, what to do for their wrong demand of compensation for damage to their home? One of member wrote letter to society stating not to issue noc to me unless this matter clear. Society and all those neighbour and below flat are harrasing me and not issuing NOC. My all other dues like maintainence etc are clear. Is it legal to hold NOC in such cases? I urgently need noc as I need urgently money. What law says. What shall is do? Please guide. I will be obliged.

My wife filed a case against me under section 498a in the year of 2012. i was arrested and got bail.
Address and my name mentioned wrongly in the FIR.
So i didn't receive any summon.
Meanwhile i applied for divorce and got the exparte decree as i didnt know her whereabouts.
She knows where i am. She visited me and stayed with me few times after she filed
the case. She would not allow me to visit her.
Now my wife came to know about my divorce and started demanding me for money .
She said she didnt withdraw the case.If i dont give money as per her demand, then she will put me in jail.
So i started searching ecourt website if there is any pending case against me.
I found nothing against me.
When i searched using her name i found a case details. My name and address everything is wrong.
The case status is proclamation.
Now i have got a marriage proposal from lady living in other country.
I am planning to go abroad.
please guide me what should i do at this point in time..
We have been married for 17 years. We didnt even live together for a year.
She was not interested in living together with me. She was not ready to give divorce all these years.
She spoiled my life . After so much struggle i got a divorce.
Now i am afraid of this case ant remaining life will also be destroyed.
I faced a lot of trouble because of her again i got into trouble. My marriage and this lady spoiled all.
Please advice me. 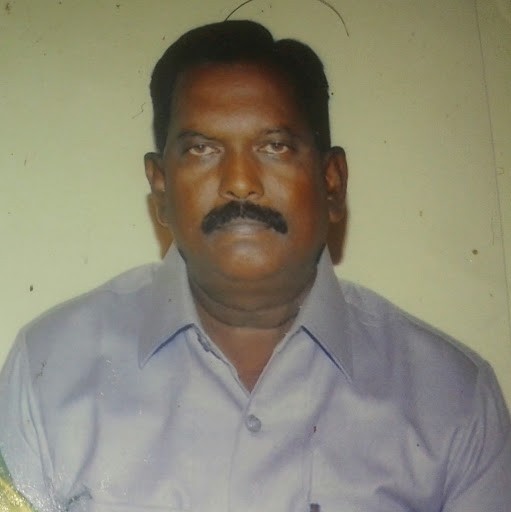 
Can caveat applied at high court for orders of lower court

My client has obtained favourable orders in Labour Court. The respondent intends to file Writ Petition at High Court.Can a caveat be applied at High court ? 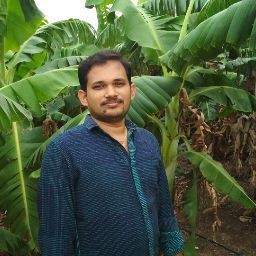 I have filed a case against central university for not permitting me in a recruitment exam . Now I decided to withdraw th case after 2 years as I got the new job . I sent request for withdrawal to my lawyer . My lawyer is not updating me about the case status . Now I checked ecourts web site and my case status is showing as

Any sir,,please explain me about Dismissed as withdrawal

Wishing all our Learned Advocates , Querists and all Family Members of them A Pleasant Prosperous and Joyful Diwali

My aunt had purchased a flat in 1990 at Vasai.
She had not registered the purchase/sale agreement as she wasn't very savy about such matters and usd to suffer from bouts of depression.
She had given a Power of Attorney to one person (not related to her) in 2007 to sell the flat but this POA also was not registered only notarised.
This POA holder created a forged sale agreement in his favour in 2009.
He died one month later
One year later his wife got that forged agreement registered and paid stamp duty claiming the my aunt was not traceable
She staked a claim on the flat on the basis of this agreement from the Society but the Secretary sensing something fishy called upon my aunt who as staying with her sister at Metro.
Meanwhile this wife off the forgerer made a complaint to the Dy. Registrar to enforce transfer but we intervened and the complaint was dismissed where the Dy. Registrar ruled that he doesn't have authority to direct the Society in view of our intervention and she not having any heirship document.
Subsequently this woman quietly gets a heirship certificate without making my aunt party to the application.
My aunt filed RCS in 2015 to have the forged agreement cancelled. The RCS was filed by me as her CA under a registered POA
During umpteen adjournments my aunt finally died in 2018.
Now th matter has come for final hearing where the advocate of the woman claims that the flat did not belong to my aunt as she had not registered the same.
I understand that registration was made mandatory in 1994 vide a Circular dated 18-02-1994 by the Dept. of Cooperation.
Can anyone help me get a copy of this circular.

PS: My aunt was staying with her handicapped sister far from this flat and hence was not frequenting the same due to her age and distance. She was 82 when she passed away in Feb 2018.

Dear Experts.
My question is that when one gets reinstated back in to the services of bank he can not be relieved unless he submits fresh resignation on or after reinstatement . Previous offer to resign or resignation etc are of no value and can not be acted upon at all as on reinstatement all such letters becomes null and void.
please advise and provide some case laws if possible .
thanks
Rahul