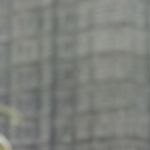 1. Plaintiff decreed law full co-sharer and granted permanent injunction restraining defendant.
2. Decree date 22/01/2006 but plaintiff till date not execute the decree, scheduled land under possession in defendant (purchased land) 1995 to till date.
3. Decree holders are two members dies 2008 one plaintiff are alive.
4. All revenue documents in name of defendant.
5. Any limitation period for execution of decree.

I had submitted my technical resignation on 30.09.2019 which was accepted by Management and release date mentioned as 31.12.2019. During the notice period I had utilised 08 days from my Privilege leave which are also being used for the calculation.

I had requested for release on 17.12.2019 and GM HR has instructed that i have to pay up for the remaining period. The claculations are done on gross salary with 18% GST.

Is GST of 18 % applicable on the notice period salary. Though SCI is charging me this amount, however they are not willing to to divulge the rule section under which this taxation slab is being imposed on me.

This has ref. to your letter dated 30.09.2019 regarding tendering resignation.

It is observed that you are not serving Three months notice period as per the rules and you have taken leave during the notice period.

Your early replay will be much appreciated.

I wanted to make a rent agreement.one of my friend gave me a number of someone from whome he has taken agreement. i called him and asked for agreement he told me the charges 1100 for 1 year and said I have to pay the money before getting the agreement. I transfered him 1100 and now he switched off his phone. I know his name and number but dont know the address. how can i complain about him ang get my money back. Amount is small but the way he is doing fraud i want to complain about him.

Respected Sir/Madam
My Father Retired state Govt. Employee.Recently He was died.In his life time he was done gift deed to my sister (unmarried) one house which his own property. Now another house is on his name.Now i deiced to join my home. but my mother and sisters oppose me, and do some allegation on my wife.My mother received family pension.Now what is my position.house consists 6 rooms.can i asks share in family pension.i do part time job my age is 45 years.can i take police aid to join in my home or can file complaint on my mother and sisters

Dear Sir, My sister's marriage was performed as per Hindu rites, she is having 2 female childs and my sister's husband is a Central Govt employee, and because of 2 female child, he left my sister and it almost its coming for 2years and my sister asking him to take back but he is neglecting to take her and moreover he is saying that almost 2years had completed if he applied for Divorce in court, he can get like this my sister husband is threatening her.So, sir at present in law it is there like that if wife is not staying with husband for 2 years he can Divorce.

Referrence is made to my query dtd 04/12/19.
My nephew(suppose A) a school teacher was riding his motor bike along with a co-teacher(suppose B)as pillion rider.suddenly from opposite direction a chakhado rickshaw came with high speed and hit them.both of them fallen on road as injured and brought to hospital by 108 ambulance.
'A' got head injury,facial injury,fracture in leg,later on shifted to his home Town and under treatment for a long time.'B' got multiple injury & treated in hospital.
'B' filed a compensation claim in tribunal against 1) chakhado rickshaw 2) 'A' 3) insurance company of 'A's motor bike.
My queries were-1) A could not defend as he did not receive summons.
2)can a pillion rider allege rash driving against the driver with whom he is riding?
All the respected lawyers Mr S b Karma ,Mr Sankar Narayanan and Dr J CVasistha
given valuable advises &suggested to engage a local lawyer.
I will do so but before that I get some guidance I will be highly obliged.
A few line from Hon'ble Judge's observation while reasoning the Award.
"It is true that the notice could not be served on the driver & owner of the motor bike,
however,due to that reason it can not be said the motor cycle driver was not negligent.Further it is true that the F.I.R and charge sheet is filed against the driver of
Chakhado rickshaw but it cannot be said that the motor cycle driver was not negligent at all."
In view of the above
Appeal can be based on1)'A' could not defend himself in court of law because of not
receiving summons.2) F.I.R & charge sheet is against chakhado rickshaw driver only
not the motor cycle owner & driver.
(judgement passed nearly two years ago as composite negligence and all the opponents asked to pay jointly and severally)

We have family property originally bought by my grand father about 100 yr back. after his death it was trans to his 4 sons. Now we are 3 brother and my father expired too and it will be transferred to 3 of us.
Now i want to sell my part and the property land is so small that i can get my share only if we sell the property. My other 2 brothers are not willing to sell it and and they are not in condition to pay me in cash for my part.
What can i do in this conditions.

My husband had a heated argument with a policeman who was on duty. The police had lodged an FIR against my husband and article 353 is shown. Immediately that day police arrested my husband. Now he is in judicial custody. We are applying for his bail. But in session court for bail hearing IO with case diary should be present. But police department doesn't want that my husband get the bail. So they deliberately not cooperating. In two hearings IO was not present Ang police station given execuses that he is on leave.
In such scenario how can my husband will get the bail?
Please guide me.