Dear sir/mam, I want to draft and file a 340 application in a false criminal case filed against me.

Sirs, the bank has without giving notice to the borrower obtained arbitration and filed darkhast before district court. How can it be challenged and before whom. Please enlighten.


Is it mandatory for married women to change her surname?

Recently my wife applied for domicile certificate in local tahsildar office in Mumbai. My wife has not changed her maiden surname to my surname after our marriage, as she intends to keep her maiden name and surname and does not wish to change it.
The officials refused to issue her domicile certificate in her maiden name, as she is married to me. As according to them as per Indian customs, it is mandatory for married women to change her maiden name to married name, which I believe is legally not valid.
In response to their argument, I provided them a bombay highcourt judgment dt. 2nd Nov 2011 in reference to Family Court Rules, in which the court categorically said that "where a wife has not changed her name after marriage by publishing a notice in the Official Gazette, she may continue to mention her maiden name." But obviously, they refuse to accept my argument and denied to issue a certificate in her maiden name.

Kindly guide me in this regards. 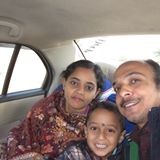 A Case Date is given after 7/8 month , the petitioner is 76 years old.
Only 3 date till 2 years.Petitioner wants to recover his property in
his lifetime .Petitioner mentioned that he is senior citizen but still
no early date given.The case is of eviction suit and tenant is not paying
rent for 8 years.Petitioner has no other source of income.

My question is
1)If petitioner move to high court for time bound 2/3 years
case /speedy trial , will hight court allow it ?

2)If there any law that a petitioner can ask for judgement in his life time ?
If exists please mention the name of the law ?

3)Being too old , it is sure to get early hearing ? Or high Court can reject the
time bound / speedy trial application ?


On forgery of signature


Developer given less area, not in confirmity with agreement

Respected Advocate kakde Sir, Thanks for your advise on my other query Of Dish direct matter.In my present accommodation in Thane , builder has given less area (not as per agreed terms mentioned in the agreement.
Possession was taken in April 2011. Is there any time limit to claim the compensation. What is the procedure I have to follow .
I want to file suit in Consumer Court . can you suggest me the process.
A. A Ghaisas.

Respected Sir/Madam, I am bit confused about these two applications
What is the difference between miscellenous application and interlocutory application.? Are both applications same?
Please advise and help. Thanking you Praveen


sale deed not executed by builder

why builder is saying sale deed is not needed. he is going to do a conveyance deed after selling 60% of flats bank is asking for sale deed for top up loan.