When i came to know that my wife had relationship with somebody, quarrel started. She asked me to vacate the house. i asked for divorce. She filed a a case against me (498,506). She gave money to police to arrest me. My name and address everything they mentioned wrongly in the FIR. I got i bail. I vacated the house and city 8 years ago. she lied to my relatives that She withdrew the case. After some years we had discussion and she visited me few times. I also came to know that she didn’t withdrew the case. I asked to live with me But she refused. She is ready to visit me occasionally but not ready to live together. We had quarrel. So i decided to file a divorce case. I visited her address where she was staying but i came to know that she vacated the house. I phoned her she was not ready to tell her address then stopped picking up call Meanwhile court has ordered to place the divorce notice advertisement in the paper. I dont know where she has been living for the last 8 years. Now lawyer say i will get ex-Partee divorce. My questions are: After getting divorce, i am planning to marry. Will i face any issue in the future because of ex-Partee divorce? if yes, please let me know what i need to do now? Once i get divorce, how and who will notify my wife. Note: we have a son living with her.

my divorce case is settled ,but one thing remained that is how lawyer obtained my address,can I send notice to lawyer asking for proof or any action against lawyer as she and my wife harrsed me with false allegations


Validity of a sale agreement

I entered into an agreement to sell 1 acres of my land to a person @ 1CR. in 2016. I received 30 lac as advance, in the agreement it is mentioned that registration should be completed in 6 months after paying the reaming balance amount of 70 lac and if the other party fails to give the renaming balance with in the 6 months myself won't be liable to pay him back the advance of 30lac.

He (purchaser) fail to raise the remaining cash. Since I used this advance to buy another property and not in a state to return his 30 lac.We have a verbal agreement to return the amount of 27 lac either when my property is sold or whenever I manage to raise that amount. I am still willing to sell that property but he is making use of the dull market after demonetization. Am I legally liable to return the advance? Will the law turn up against me? I am still willing to sell the land to him on the agreed amount which he doesn't seems to be interested in. Just wondering what will be worst case if he goes to court?Thanks in advance.


Wife deserted and wants to come back to take away kids

Dear legal advisors,
Today, my wife deserted me and my two small kids due to difference of opinion. I am looking after my kids. She says she will file for divorce and come to take the kids after she has started a fresh life.
I don't want to give away the kids to her.
What are the steps I need to take to safeguard me and my kids.
Thanks.

My wife has filed various cases against me including 498a, 125 and section 9. A maintenance order of 7000 pm has already been passed u/s 125 last month. Can she claim interim maintenance for the ongoing case under section 9?


Probate and will execution

2 wills executed on same day in different language.Which one shall be considered for Probate


I want advice from advocate

I posted here in expert section. I got replies but none of them are advocates who replied. They simply telling go police station and get yourself and your mom harassed by police. That is no way the solution for all this. I want some genuine advice from advocate.

My cooker burst while cooking daal. The lid blew up and it went and stuck inside chimney made out of concrete which is above the stove area in the kitchen. Now my mom who was sitting next to the stove got sprayed with hot daal and got burns. The entire chimney kitchen walls pasted with daal from cooker. This cooker is of prestige company. I have narrated the entire incident to the prestige dealer from whom I purchased the cooker. He told no replacement he can give and he cannot compensate for the burns and walls pasted with daal. I had brought the cooker 3 months back with bill and also came with warranty. The warranty sheet tells this "We only accept returns if the item shipped to you is defective or damaged. The item should be returned to us within 7 days from the delivery date in original packaging. We will send you a new replacement unit as soon as we receive the return package. the product should be in unused condition. Refund if any will be through online payment only. There is no cash refund." Now what happen is, I had called to tell all this daal story over phone to shop keeper. When cooker burst. The shop keeper told come to shopt and discuss. There I properly shouted at the shopkeeper. But nothing happened. The shop keeper did not give new cooker nor gave compensation for burns. Thereafter I have given him notice to return cooker and give compensation for burns or else I will approach Consumer Court. To which he has not replied till date. Hence I gave complaint to The President, District Consumer Forum, Amravati. Behind Circuit House, Jail Road Amravati against the shop keeper to give replacement or refund plus compensation. The shop keeper has appeared in the consumer court. He will sit on the chair along with everybody. But when case is called he wont stand up. Nor he has any advocate who will come and stand before judge. He will sit for sometime and then go. He never tried to speak to me or my mom when we are in court. And once while this case is going on, he had called on phone and told come and collect your money. When I asked how much money, he did not tell. I told if he want to send money or new cooker he can send it to my address. He neither sent money nor the cooker. Now what shop keeper did is: He gave complaint to police that I threatened him over phone. Police had called me on my phone. And told to come to station. I told send complaint copy. They did not send any copy of complaint. In meantime Consumer Court the shop keeper appeared but sits silently and has not filed reply to my complaint, so Consumer Court has told me to file affidavit and then after they will pass the orders. But yesterday police notice came through post. I was not at home and so nobody took and it went back. Now I want to know what is the game plan of the shop keeper. He did not appear in consumer court, nor did he file reply nor anybody on behalf of him did appear or reply. But police again called today and told complaint is there against you and SI told not to call the shop keeper again and threaten him. Fact is I did not threaten him. Simply shop keeper gave complaint and wants to make me to come to police station so that he can coerces through police for out of court settlement.
Police inspector is calling us on phone to come and appear before him. We are scared. Now police telling that OP 1 filed complaint that I threatened him on phone. I have call recording and video recording.


I want to know the following:
1. I am asking what happen if not taken police notice?
2. What action can police take against me or my mom? Because police sent notice to both our names. 3. What if we do not appear at all. My mother age is 70. Can she be compelled to go to police station?
4. In this matter what to do? Can anybody help me?
5. What could be the shopkeepers intention here? Simply coming and sitting not even coming before the judge and going. Again appearing on next date but when Judge calls out his name he wont stand up or speak. What could be the shopkeepers intention here? 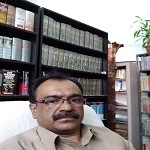 is proof affidavit is permissible in 125 cr.p.c as evidence of petitioner