Central administrative Tribunal passed an order directing compliance within Two weeks. Respondents did not complied with said order in more than 3 months. I have already initiated contempt petition last month and notice has been issued to the respondents.

Respondent has not complied to the order till now.

I resigned from an IT services company on 20 April 2022 due to better opportunity and dis-satisfaction. As per the appointment letter, an employee has to give 3 months notice before leaving the company.  At the time of resignation I did not have any project/work. Recently the manager has assigned a new task and asked me to complete it before last working day (19th July 2022)  otherwise he is planning to extend the last working day indefinitely.  Completion of this new task before last working day may not be possible even i work 12 hours/day.

The date of joing in the other compay  will be on 21 July 2022. If not joined on this date, the offer will be cancelled. They may extend only a few days on request.

My anxiety now is that if the current company will not relieve me on or before 19th July 2022, I  will become jobless. Because I lose current job due to resignation and other job offer will be cancelled automatically.

Please suggest whether i could file the case in court if current employer will not relieve me before last working day (19 July 2022) on the basis of voilation of notice period term.

I have filed a case in CAT and appearing in person. Rules are unclear about affidavit in support of the miscellaneous application. Matter was adjourned with instructions for one week as respondent lawyer wanted to seek instructions from respondents. However, on the date which matter was fixed, was declared holiday and matter is shifted back two months.

I wish to file a miscellaneous application seeking early hearing especially on interim relief prayed for. i need the following guidance serially.

Dear Sirs
My friend aged 34 years, after dvc and 498a staying with parents and no divorce proceedings applied. Father Retd AP state Govt Engineer and getting pension. He retired before his daughters' (my friends' ) marriage. Mother is alive.
1. Can father or mother add daughters name for pension as she is dependent for them and make daughter also eligible to get pension after mother.
can they produce other than divorce certificate --ie Islam Khazi certificate stating she is not staying with her husband as her husband not willing to divorce her.
2. Theoretically is it possible to add daughter name for pension after mother or instead of mother can daughter get pension?

We were asked to resign by our employer or else we would be blacklisted.
Now when the Fnf has come to us after 3 months, it did not include the variable pay which was a part of the salary structure agreed upon.
Is it legal to do so? Can any action be taken against the company for such mistreatments?
The HR does not revert on the query and says since you resigned the variable component is deferred. 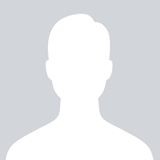 
Lok adalat award and its credibility

Sir, An Award was passed by Lok Adalat in 2013 in relation with a Matrimonial dispute under sections 420, 498A (A marriage was stopped before two days of scheduled date as Bride groom refused to marry as he is love with another girl. So, the Bride's parents filed 420, 498A cases against the bridegroom in 2009) I would like to know whether an award passed by Lok Adalat can be considered as Honorable aquittal?? If Yes, I would like to request you to please send supporting Judgement.

I was working in a company A for 7 yrs and recently changed my job and joined another company B because company A was paying half salary post pandemic and I was not able to survive with that.

As company A know that I am working in company B, they are now asking me to sign no-pouch agreement for company B which I denied because I have already joined company B.

My current company B is not responding to previous company A and looks like since they broke the no-pouch agreement with company A and they might terminate me.

Kindly suggest what are my options here to get relieving letter and final settlement and also save my job.


Salary hold and then disbursement of 50%

Sir,
I was working in a ltd. company,during lock down my superviser forced me to come to office once ,though no lady employee was present,my area was under containment zone,and no vehicla was available,still I attended,But soon after that I was having request to attend office again...then I decided to resign and mailed the cause of my resignation to both my supervisor and HR.
that was 26th May,2020.
1. Till that date salary of April,2020 has not been disbursed.
2. after my resignation ,after multiple request they have not processed my FnF settlement for May,2020 and due salary for april ,2020.
3. I was off for sometime for my surgury,now I again statred doing multiple reminder Mails,and finally they responded when I decided to move court, but they are giving me 50% salary of my dues,showing cause loss during lockdown
4.sir PF for the month of april,2020 and May 2020 ,they have submitted on time and against full pay
5.Sir after one year they are agreed to disburse 50%, but no such intimation have ever been mail to in last one year
6. For existing employees they will disburse due 50 % in future(known frm ex collegue source,not submissable legally)
7. please advice can they have right to disburse 50 % salary during my full and final settlement?when they have submitted full on EPFO
8. HR mail as "full and final settlement" but disbursing 50% salary
9. Company always late in disburse salary during tenure...that is like salary for december credited on end of january,has all bank statement....held my dues and relaese more than a year


Representative of the workman in labour court

A person claiming to be a trade union leader has staged appearance in a reference under Industrial Dispute Act on behalf of the workman.He is member of the local Labour law practitioner's Association for past three decades and is practicing in labour court/Industrial Tribunals for long time.
Can he qualify to be called legal practitioner within the meaning of Sec.36(4) of the I.D. Act and need consent of the other side and permission of the court for appearance.
Regards.


Seniority in case of technical resignation

I am a central govt. employee in GST department. I had resigned on technical resignation from the post of Inspector, GST Mumbai zone and joined as Inspector, GST Bhopal zone. My query is whether promotional seniority should be protected in this case as the Department and Designation has not changed.

" On technical resignation seniority in the post held by the Government servant on substantive basis continues to be protected. However, in case of a Government servant deciding to rejoin his susbstantive post, the period spent in the another Department which he had joined after submitting his technical resignation will not count for minimum qualifying service for promotion in the higher post"