I bought a property from 6 brothers of a family which is therir ancestral property.only 5 brothers signed in the sale deed because one person was out of town. The sale deed contain the this persons name also. So i am unable to resell the property i bought. The missed brother is now willing to sign and cancel his share from the property. What is the procedure for this

7 gunta, 6 Gunta - two Pic Agriculture land granted by Karnataka land reform tribunal at 1982 to my Grand Father (He is applicant under Karnataka Land Reform Act,1961 and Received Occupation right Certificate with Condition i) (Form10) Feb1982) for reckoning the period of 15 years for transfer of the land for which occupancy rights have been given under this Act from the date of final order
passed by the Tribunal under section 48A instead of from the date of issue of
certificate under section 55; and he draft will in the name of his unmarried daughter(age 30Yrs) and same has been registered at Sub registrar office Oct1982 only, Latter on Registered will Draft lost lost/Misplaced(Complaint not ledged since today), Will registered certified Copy avail. my grand only enjoying agriculture land.

at age 90 (1995) my grand father Passed away. and My mother Transferred the Rights in Revenue Records at 2004-05, Mutation has been Registered. (at 2008 after same property comes under Municipal Corporation jurisdiction)

and same time some one(Neighbor land Purchaser/Local Political Peoples) Claimed that "My Grand Father was Sold the Property at 1986 by sale deed registered(Sy No.Wrong, Occupition Certificate No. Wrong) at madras(Chennai)(Out of Karnataka) and Same they are Produced Unregistered GPA which was written by my grand father in the favor of above Party( Transaction done at Revocation of Transfer of Property 15Yrs), and Dispute Raised B/w .

at 2006 Permeant injection suit filed by My mother(ILLERTATE) , and same has been not lead Properly ( Advocate not attended case and not marked the evidence, not crossed even not argued) that suit was dismissed ( Court Conclude that My Grand Father has one Pice of Land only 7Gunta. Sy No. mentioned Wrongly Clerical Mistake) and left Possession by court order.

SAME HAS BEEN RFA FILED IN High Court, Karnataka same has been dismissed.

Latter on filed Declaration suit at 2012.

Declared that 1. My Father Occupation holder of Property.
2. he did will same has been registered
3. Revenue record changed by name
4. Sy No. and Occupy Certificate mentioned by diffident is not my property.
5. dont know my father sold or not, 15 yr revocation period.


and at Cross Examine(at Box in front of Judge)
MY Mother told(She is illiterate don't know year and such dates)
1. She told Her Father passed away at 2005 (Actual 1995),
2. Son age 40yrs(Actual 31)& Daughter age 30Yrs (actual 29) and She married at 30Yrs Back (actual 36Yrs).
"3*. she told that at year 2000 I know the that fact that my father was sold the property to diffident(Actually that comes our awareness at 2010 when our Injection suit Dismissed )"

2. Unregistered GPA is valid, out side Registered (Interstate) deed is valid ?

3. in this case Res judicata is applicable ?

How to approach Court

Dear Sir/Mam,
In my residential society, earlier it was a IBMS but from 2016, Builder change it into IFMS means before 2016 sell out flat has IBMS and after 2016 sold out flat has IFMS now there is two types of fund in one society even if someone want to transfer his flat to other (via sell) then forcefully Builder changed it to IFMS. IS this legal as per RERA or not can any builder run two rules in one society.

Note- Few Person in this forum like Mr. Rajendra Kumar Goyal is giving a very fake advice so I request him not to give his advice, Some time he simply say file consumer complaint, Everyone knows it but before consumer complaint it is just evaluation so please stay away with this post.


Not signing in front of witnesses

Sir, I bought a plot jointly with my brother. There were mistakes in the sale deed for which we executed a rectification deed. The seller told me that I would have to prepare the draft . I got the draft typed one day before the date of execution. It was not sure which witnesses would come. On the day of execution the witnesses were finalized in the morning. But there was no space on the last page to type the details of the witnesses so the typist added another page and typed the details of the witnesses on that page. This page now became the last page. Nothing else was written on this last page, only names and addresses of the witnesses and their color photographs. The stamp duty was already paid by an estamp. The seller arrived late and sat in a room. The advocate getting the deed executed took the signatures and thumbs of me and my brother on the stamp papers and also the signatures of the witnesses. When I asked him to call the seller he told he would get it signed by the seller. The documents were then taken away and we waited for sometime and then called to appear for webcam and electronic finger print capture. The seller appeared for electronic finger print capture with us. I don't know when he signed the document. Next day when I got the document I found he had not signed on the last page containing only the details of the witnesses. When I contacted him he said since nothing was written on the page about him or anything else, only details of the witnesses was written, there was no need to sign. I called him many times but he did not come. Now the last page contains only the names and addresses of the witnesses, their color photographs and signatures and the signatures of the second party (me and my brother). The signatures of first party, the seller is missing. More than two months have passed and the deed has now been registered so nothing can be done. Is this deed ok. Would I have any legal problems later on. I might have problems selling the plot due to this so the seller may have given me financial loss on my property. Should I go for a cancellation deed. I have asked the seller about cancellation deed but he has refused saying the draft was mine so he was not responsible for that and I should have written something about him on that page for him to put his signatures there. Should I go to court. If yes, is there any possibility of getting relief. Can I get a cancellation deed on grounds that the seller has not signed in front of my witnesses thus violating the rules and that I might suffer financial loss/difficulty selling the property or any other issue. Also we are not sure whether the signatures and thumb impressions on the deed are those of the seller or somebody else since he did not sign in our presence. So, in future in the event of any dispute with someone my witnesses would not be able to say that the seller signed in their presence. They would only be able to say that he appeared for electronic finger print capture and webcam in their presence. Is there any other way (without going to court) to fill up the deficiency left in the deed due to absence of signatures of one party on the witnesses page.

We had been allocated with darkas jamin by the Karnataka state government around 1970's It was made to my brothers name as he was senior of the family,later unknowingly the property was sold to others without being informed to us.Later the money was used to Buy another land and had registered to my brothers wife.
I have registered a case on my brother for equal share of the present land will the case stand on our favour in the court and will the property be given equal share?

In our co-operative housing society in Mumbai one flat owner was residing in Coimbatore, Tamilnadu. He died in Coimbatore a few months back. His 5 daughters, one son and widow are alive. He had made a will in favor of his son and registered it in Mumbai. His son was admitted as a Provisional member and asked to obtain a probate on the will. He now informs the society that he has applied for probate of the will in Coimbatore and will produce it in due course. Under the law probate is required only for a property situated in Mumbai and some other metropolitan cities and there is stamp duty in Mumbai to obtain a probate. Can the Society accept a probate obtained in Coimbatore for a property in Mumbai?


Uds can be sold?

We bought a flat with UDS for 1872 flats now only 800 flats constructed and handover completed 8 years back and now the builder is saying that he is not going to construct remaining flats but he wants to sell as layout and asking for sub division, is there any provision is available?
Our question is how he can sell as layout of remaining space?

Please give us the plus and minus of this request from builder?

Land has been occupied illegally even after court case decision to hand over the land to the owners almost 50 years back. The owners could not persue to take possession of the land at that time as the occupant was involved in murder of his own brother who was also an occupant at that time.
Now the owners are getting calls from occupants to transfer the land in their name for some meagre amount.
Can the owners get the correct value of the land. How can this be done. Please advise . 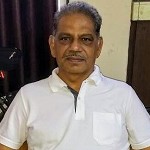 LR petition is pending in declaration suit. Respondents not filed counter since 1200 days. Court not forefrited the right of respondents. Already 5 defendents set exparty. O 8, R 10 petition filed by plaintiff.Can the court pronounce the judgement in favour of plaintiff? How?


Existing home loan on to be redevelopment builder

I have a home loan of Rs. 28 lac on My one BHK flat in Dombivli Since 2013. Now the building is going for redevelopment and the builder wants noc from Financial institution. I met AXIS Branch Manager, he is refusing due to security. I told him that mortgaged flats area is getting bigger in redevelopment as we are getting addl. area. We are doing indivisual aggreement. But he is refusing. Builder is telling there can be a tripartite agreement between Builder, bank and me, but Bank is telling to clear the loan which is not possible for me now. What should I do Please guide me.