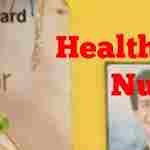 Sir,
My client has purchased a natham (house-site) land from her mother which is 20 feet beside the street road. Now municipality is trying to built public toilet in-between my client's land and street road. My client has no other way to exist or enter. You all know about the status of maintenance of public toilet. Ample of other surf-less land is located in our client's area. Please advice me and refer relevant laws

Dear Sir,
'B' died in 1930 without leaving wife, any son or daughter alive. 'B'left some property on his name. Mother of 'B' got the property of 'B' on her name after death of his son 'B' as class 1 heir as per Indian succession act. Now my question is "is this property now self aquired property of her mother or it is ancestral property?" I don't know how this property aquired by 'B'.

My Uncle(Unmarried) went missing since 8 years and we didn't do any complaint in police but we did advertisement in news paper before 7 years. He has a house in his name. In such a case how the property could be divided and what is the procedure to be followed in such circumstances. We belong to Hindu religion. And also tell me the required documents and procedures as well as the different act(Law) for this property case. The advertisement(for missing) was given indirectly like "Please come home where ever you are, Grandmother is ill(means near to death). and she memories you and want to see you." And also note that My grandparents is dead.

my friend and family are living in a house for almost 40 years.. owner has given gpa in my friends favour in 1997 and passed away in 2002... they subsequently registered in 2004 now real estates rowdies are after them for benefits... owner's brother also passed away... now his sons are after this property for gain.. my friends are middle class family and frightened too much please help

My only one son recently expired in 2010,leaving behind his son of age 2 ½ and now he is 5 ½ yrs old .I later on convinced my daughter-in-law to stay with us in Banglore but she took our grandson with her and stayed with her parents in Mysore. In the meanwhile, when we spoke her through phone,she did not speak to us so well and not even she gave us to talk to our grandson.But she got her child in Bangalore during holidays. we gave her money for maintenance every month.
Then we convinced her to get re marry and got married on 2nd December 2012, and we told her to leave our grandson with us.My grandson is very fond of me and he does not wants to go with his mother. After my daughter-in-laws marriage, she is forcing us to take away my grandson back but the child is not ready to go with her.She came here in Bangalore, and fought with us for her child.
Now i have my grandson ,aged 5 1/2 yrs, with us.
1. Can I take court's order in urgency to keep my grandson with me, without mother's consent?
2. We got our daughter-in-law married and we gave all the expenses for the marriage, so do still a mother has rights on her child after re marriage.
3. I am 62 years aged and my wife 58yrs old, we have 2 married daughters and no son, so can we make our grandson as our son legally without involvement of his mother and can I get court's order for the same?
4.I have a big estate and I want to make in the name of my grandson, please suggest me as to how to keep my grandson with me forever?
5. My daughter-in-law is saying that she has full rights on her child and she will take him back, can she do it legally and will the court give custody order to her?
6.What are the possibilities that a Mother has rights for her child to take back and What rights I can get my Grandson forever with me?

Recently I hv adopted baby girl from a close friend and completed the formalities by a registered adoption deed duly signed by concerned 4 members ( both parents , we are hindu ) in registrar office.

When I applied for birth certificate , officer is asking for court order to process the papers , he says adoption deed is irrelevant.

I need guidance how to take court order for the above.

If the order is not required , where can i get the confirmation.


If reinvestigation can be sought during trial

In a cyber crime case, the police submitted chargesheet after nearly 2 yrs of lodgiing of FIR. While framing charges the Magistrate did not allow filing of discharge petition. I assume this denial is not recorded. Magistrates change as a routine. Chargesheet do not mention forensic scan of complainant's hard disk or his computer. Forensic report of hard disk of accused mentions only such emails which favours complainant, although the complainant sent many obscene articles through his email using his official and many new personal email ids created by complainant. These are not reflected anywhere in chargesheet as no investigation was done by police.

It is possible that as nearly 10 years have passed after lodging FIR and 7 years after submission of chargesheet, the complainant may have been destroyed all evidence available in his computer system.

It is very much possible that the complainant himself or by appointing someone hacked the computer of the accused and created many emails of different id and sent email to himself to put accused, a very simple and helping person with no adverse records throughout his life, in trouble if he comes to know about the various dubious activities of complainant at any time.

Which sections of Indian law permit an accused to seek reinvestigation, challenging the forensic reports of his hard disk ?

Guidance in detail shall be gratefully acknowledged to save this genuine and innocent accused.