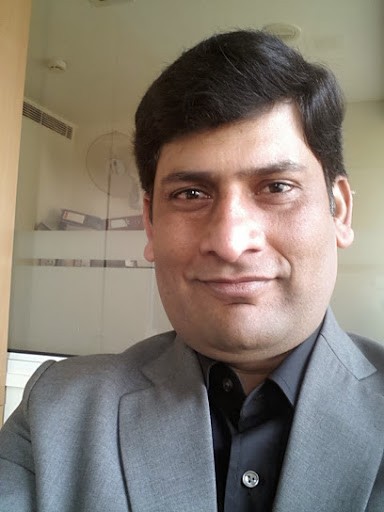 Can irrevocable GPA can be withdrawn particularly in cases where the other party has spent a lot of money in that property?

my cleint is the son of insurer.after accident he was not able to work so i have fild case under workman compentation act but labour judge said my client is not entitle to get compantation because he is the family member of the insurer i want any case law about it


Validity of stamp paper beyond 6 months

The Bank had used stamp paper dated 28/10/1998 for fabrication of letter of guarantee dated 22/09/2000. In fact the cost of Rs.20/- of the said stamp paper was debited to the account of the principal borrower on 14/01/1999 when the facility was sanctioned.I need the clarification on the following lines.

1. What is the validity of such stale stamp paper (franking done)?

2. Is this illegality or irregularity?

3. If this is illegality, can it be admitted as evidence in the court of law by the Bank particularly in view of the specifc bar u/s. 34 of the Bombay Stamp Act, 1958?

4. If this is irregularity, how and at what point of time can it be rectified?

5. Can it be rectified after the said document is filed in the Court as evidence?

An early response would be highly appreciated.

Is anybody having draft of Brokerage Agreement. A Company is desirous to acquire vast landed property from various owners, for that purpose the company wanted to engage the services of Broker who shall assist in acquiring landed property to the Company for brokerage/ commission basis.


Suggest me to proceed further to defend

We have ancestral Property inherited form my forefathers i.e from my Fathers Grandfather.

Two daughters got married in 80s itself.
(for this reason he sold some property part of ancestral).

For the rest 3 i.e 2 Sons and 1 unmarried Daughter has given a will saying equal share in the remaining.

That will has been implemented at MRO with the mutual agreement and after that we went for arbitrary and compromised to give the calculated amount of money equal to her share instead of land, she accepted (Signed) the same and after wards she breached that.

Now she is asking for equal share in the property.

kindly let me know her eligibility and guide me to proceed further.

Shall we have the rights to cancel gift deed made for his 3rd daughter.
Are all the 4 daughters have the right to ask for share in the property.


Legal documents, O.C and other ameneties

Dear all,
Please help me.
I want to buy a flat in the Under construction project in the malad (Mumbai) the details of which are as follows.

1)One building already completed 6 months back and builder has given possession to all the owner and people are living there without O.C and BMC water.
2)Second building is under construction (6 floor completed out of 18 floor) in which i want to buy a flat from an investor (Resale flat).
3)Builder is saying that possession in the new building will be given by December'09 and building will receive the O.C and BMC water by march'10.
Now my queries are
1) How to find out that everything is ok/legal (i.e Title, approval from authority etc ) with respect to that project.
2) Is there any way by which we can know in advance with reasonable assurance that there will not be any problem for O.C and BMC water.
3) If suppose after completion of the project, O.C and BMC water are not granted by the Local authority due to some reason then what problem/legal issue/difficulties may arise which people of that project will have to face. is there any alternate solution for that.

An insurance company was informed about the damage to the building. No pre-inspection or survey was carried out by the company. yet, year after year, it has been renewing the policy. In case of damage to property now for whatever reason, what will be the liability of the company. In other words, it has been renewing the policy of the damaged property without survey and without making an endorsement in the policy and without charging any enhanced premium.


Is the will made for Ancestral Property valid

Dear members,
we have ancestrsal prpoerty which inherited for my forefathers (i.e from my fathers' Grandfather). My grand father has 2 sons and 4 daughters.

My queries:
1).My grand father made a will on the name of his two sons and his younger daughter(at the time Unmarried). Is the will made by him is valid?.

2). He made a gift registration of some property on the name of his 3rd daughter without any the consent of his rest of the Children(All are major). Is it valid?.

HENCE i AM REQUESTING YOU TO PROVIDE ME YOUR VALUABLE SUGGESTIONS ON THE SAME.