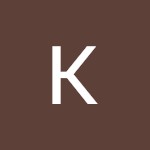 Friends, here is my scenario. Appreciate your inputs in advance. Please give your valuable suggestions; I am going through a lot of pressure.

Got married in May 2013, wife left in September and filed dowry case (498a, DP act3,4&5) in the month of November 2013 and got bail after two days of remand. Their allegations in dowry case are

b)      Her father gifted her site in 2011; they also mentioned this as a dowry in the case. Also mentioned around 100gm of gold

1) What evidences they require to show that they gave dowry and I demanded for additional dowry.

2) I am getting 50K per month as salary and she is non-working pharmacy graduate and she never worked before or after marriage. How much I will lose as interim maintenance/final maintenance in both the cases such as DVC and other maintenance case.

4) What are the other cases she can file on me?

5) What should be my next steps?

Your wife cannot take half of your salary, however, if she is unable to maintain herself she can claim maintainance and shall get a reasonable amount decided by the court. The amount will depend upon your liabilities, expenses and her needs also, it is the descretion of the court. If she is awarded maintainance in one case, then you bring the fact on the record in the other maintainance case.  Engage a good local lawyer who can handle the cases skillfully.

If cash has been transacted as dowry and if it is black money, it can never be proved.  If it is white money, by money trail it can be proved.  If she is unemployed, she is entitled to 1/3rd to 1/2 of your earnings.  Maintenance order in one case can be set off into another case, by bringing the fact on record in the latter case.

Thank you for your qucik replies.

Does court considers 2011 gifted site( plot) also a dowry?. Please not we got married in 2013 may

If the site was gifted in her name and if the title is not transferred in your name after marriage, it is not dowry.

Wife filed 498a and warning me that she can take half of my salary in maintenance
My response would be BEST OF LUCK..... Dude pls do not take tension.. she will get 5-10 k max to max

Evidences to prove that a dowry amount has been given would include, photographs, video, bills etc. Also, it has to be proved that the articles received as dowry are illegally in possession (the in-laws of the woman). Other evidences to prove a case of dowry would be the bills and receipts of the amount of gold they claim to have given as dowry. Also, the papers of the site, (they also have to prove that the papers are in your possession and not in the possession of the woman). Other than that, the bank draft or cheque or in case cash has been given, the receipt of the same, to prove the alleged dowry amount. To prove additional dowry, they would require a receipt or the copy of the agreement between the two parties on the amount settled as dowry. If the woman has not worked before or after marriage, in spite of having the qualifications, she is still entitled to maintenance amount from her husband.

However, while granting maintenance in one of the case, the Court would keep in mind the maintenance that is being paid to the woman by means of other provisions of law. She may claim maintenance under Section 125 CrPC and she may also file for divorce on the basis of various grounds for divorce as stated under Section 13 of the Hindu Marriage Act.

You may get the criminal complaint under Section 498A IPC to be dismissed and can fiel a complaint under Section 182, 211, 500 IPC against the wife for offence of giving false information to government authorities and filing false criminal complaint against the husband with the intend to injure and defame him. In case the matter is sub-judice, get the matter resolved through Mediation and Conciliatory Centre of the Court, wherein both parties can agree for divorce by mutual consent, settlement of permanent alimony if any, settlement of child custody if any, return or settlement of properties of the parties and withdrawal of all criminal and civil charges/cases by both parties filed against each other and proceeding for MCD only in the Family Court.You may consult an expert in this regard. You can call me at 09555 507 507 or send me a mail at info@lawkonect.com

dont know whats the reason behind divorce but in the initial stage of marriage of 1 year, the divorce chance are more...if possible hire a lawyer and try to have a mutual understanding with your wife in front of the lawyer and try to convince her to come home and start a new life, if not agreed  compensate her and go for divorce. Its better to solve it as soon as you can as if u entered the court hearings and all you will lead into depression and you wont be able to concentrate in your office work too. There are no laws for men even tho if men are innocent the entire credit goes to  girls.

Thank you all for your replies..I will keep you posted about my progress.

No need to take tension buddy.. She will hardly get 5-10K from the court as a maintenance. Let her keep doing legal begging, u fight ur case based on merits and join nearest SIF meeting as soon as possible.