respectable sirs.
iam kranthikiran p.i was missed my cheque with signature on 30-11-2015..when i lossed my cheque i went to my account bank branch and i gave a application to stop my cheque wich i have lossed..they are stopped my cheque above date..
But i was recieved a vakhil notice on 23-09-2017.the notice meaning is his client gave me hand loan 2lack money from his client on14-05-2015 and i gave post poned dated cheque to her.and i assured to return the amount in august 2017.on due date his client encashment from the cheque but surprisingly the cheque is dishonored due to Fund insufficient.to that effect memo 23-08-2017.is issued by the bank authorities.
then their was demanded me to want 2 lacks money and additional property from me ..iam a government servent. they blackmailed and suffering harassed me to damage my self fundamental rights..PLEASE. I need some help from legal advisers please help me from that persons..
my mobile number is 8555026188.9550060228

It is a case of black mailing. You should report the matter to police against the person who misused the lost cheque and also send a suitable reply to the notice. Consult with details. 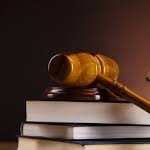 It is depen under what charges these people were booked. First get yourself out of 138 matter. Similatenously, you can file Complaint against this person. I believe you must be having enough evidence to save as well as defend your case and prosecute them at the same time. In 138 matter, unless there is admission of liability, the complainant has to prove liability to pay the amount. If you have any transaction with this person then it will be problematic for you. So, come up with complete facts.

Three years to ten years depending the complaint and allegations and charges made their in.

(Guest)
sir.i recieved a stamped letter from my cheque account bank.and the complaint have already booked in two cases are ipc 420 ,506 r/w 34. this case is in progress & 290.and another is witch is already compromised 498a,dp act 3&4 &MC.

(Guest)
is this any usefull of me..

No. Complete case papers and other details are required to be examined. Consult a lawyer with details.

(Guest)
and iam not any transaction to the complaint person..

Consult a lawyer with details. Without examing the details and papers it is difficult to advise.

(Guest)
Thanq sir ..for ur valuable information and glad to consult u sir..and i asked one question sir .if any threat to my job..iam also consult an advocate for this issue thier was guided me as to take a stamped letter from bank for stopped cheque..so i confused to this matter how is useful to the letter for this notice..

What is the meaning of ‘2lack’, is it ‘black’ misspelt or 2 lakh rupees?   Most banks levy a service charge for stop cheque instructions. Did your bank levy any such charge? When you gave stop cheque instructions, you would have mentioned the reason for the stop cheque instruction. Had you mentioned that you had lost/misplaced the cheque leaf in your letter to the bank? If you had done so and if you have copy of that letter, it is an evidence in your favour. If you do not have copy of the 2 year old letter, you can ask the bank to furnish you with a copy. If the bank had levied a service charge for the stop cheque instruction, the amount would have been debited to your account. The debit entry in your pass-book or statement of account is also an evidence in your favour. You can take a photo-copy of that statement and get signature with seal of the bank manager on that.

Use of a cheque reported lost 2 years ago amounts to theft of valuable punishable under IPC. You can make a police complaint and ask the police to file an FIR and give you a copy of the FIR.

Your bank has returned the cheque not because of your stop cheque instructions but due to insufficiency of funds in your account. The act of omission and commission on the part of the bank amounts to ‘deficiency of service’ in the least or collusion with the perpetrator of theft at the most. But you want the bank on your side for the time being. Hence do not raise this issue now. But if the bank manager refuses to co-operate tell him this.

Transaction is cash of more than Rs.20000/- is an offence punishable under the Income Tax Act. Ask the complainant why he was possessing Rs. 2 lakhs in cash. If he goes to court against you, you can request the court to ask him to reveal his PAN and Adhar numbers. You can use them to make a complaint to the income tax department against the complainant.

Do not worry. Nothing will happen to you.   I have successfuly helped other unfortunate NI-138 victims like you.  If you want my help send me a PM. In which city are you?