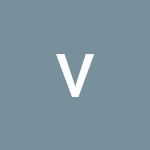 Hello Experts,
Greetings of the day!
My query is about an issue, in which both boy and girl are in Canada. Girl was residing over there before wedding and didn't give sponsorship to the boy, because they demand some money as visa compensation. Boy applied under Express Entry and got Permanent Residency status in Canada. After reaching there boy approach her via whatsapp msg to patch up again but she didn't answer correctly, even went to the Canadian police and complaint against boy. Canadian police meet with boy and read the msg sent by him and suggest you are innocent and suggest family court for further proceedings.
Now in India father of the girl give complaint to SSP that in-laws of my daughter harassed her through msgs and voice call and also claim that they gave a car to boy's family after 9 months of their wedding.
All the allegations are base less, because they purchased car by paying amount through net banking from OLX. Moreover, girl blocked their number since one and half year ago. Boy's parents gift gold to girl at time of wedding cost about 15 lac is still in the possession of girl at Canada and now they didn't return that article and claim 15 lac from boys side.
Now I want to know is there any chance of FIR under 498.
In reality parents of boys didn't accept any gift from them

First we have to consider where the marriage was solemenized or the marriage rituals were performed, then only we can ascertain that whether Indian laws shall be applicable or not. But, you said the husband got the Permanent Residency after the marriage, I am assuming the marriage rituals were performed in India. You  can file a suit for divorce in Canada as both husband and wife reside in Canada, as it will be more suitable for them. Though, under Section 13 of Civil Procedure Code the oreder of the Canadian court maybe challenged but certain essentials have to be proved before stating that foreign judgment is non conclusive.

Y. Narasimha Rao And Ors vs Y. Venkata Lakshmi And Anr 1991 SCC (3) 451, the court in this case stated that if the court deems that judgment of foreign court is non conclusive it shall not be considered. But if you are able to proof that the judgment was on merits the Indian Court shall accept the decision of Canadian Court.

It will be i your favor to file a case in Canda due to the Incidence with Canadian Police and where lies the question for article i.e. 15 lac gold necklace if you have proof(photo, eye witness, bill receipt) that such neklace was given in marriage to the girl, you can claim it in the court and also take the plea that the girl is harassing you for money.

Yes, there is chance for them to file an FIR under Section 498-A . This section mainly protects married women from being subjected to cruelty by the husband or his relatives. And punishment is also given for a term of 3 years along with a prescribed fine . The expression “cruelty” has been defined in wide terms so as to include inflicting physical or mental harm to the body or health of the woman and indulging in acts of harassment with a view to coerce her or her relations to meet any unlawful demand for any property or valuable security. So according to your case, the girl can file an FIR stating harassment and cruelty.

You cannot stop other party from complaining. The numbers are already blocked and you  have made payment of car purchase. So you can fight out on these ground if any case is filed u/s. 498 A. If divorce is filed you can negotiate with girl for jewellery given to her. And sponsorship issue can also be one of ground in divorce and in defence in other cases.

As stated above you can not stop from pressing charges against you but, you can save yourself on the ground that neither you nor anyone in your family is in contact with the girl and they have no intention of doing so plus the incidence with Canadian Police will also work in your favour; and for their allegation in respect to dowry, you have stated that you paid for the car. So, in conclusion you do not have to worry if they press charge because from the all the incidences you stated it can be concluded that it is the girl who is trying to harass you and trying to extort money from you.

Marriage was solemnised in India, even before marriage girl force the boy to buy air ticket for her so that she can visit India for wedding. At that time boy's parents didn't recognised their intentions. Boy pay four time for her tickets he have proof of payments ie bank statement and credit card statement. Actually what I want to know they pretend that policemen are from their known and they will definitely convert this claim into FIR under sec 498 if boy's parents will not fullfil their demand of 20 lac

If the family of girl only want money and have decided to file an FIR, you can press charges against the girl family for criminal intimidation (Section 503) and Extortion (Section 383) under IPC. But please keep in mind before pressing these charges you must have evidence to prove all these incidences you have mentioned earlier and do show that you intended to save the marriage but due to the girls family greed you are filing for divorce.

They include boy, his father, mother, sister and two cousins in complaint but they are fail to prove any evidence of harrassment. infact people from boy's side have all proof that they are not in touch with girl.
we have whatsapp msgs in which boy approach the girl to sort the matter and try to live together. Moreover middleman of this marriage is also on boy's side because with his presence they went lots of times to one of their relative house for settling the matter with peace.

Then you have plenty of proves and witnesses to support your charge, in order to stop the family of the girl from futher harassing you ,asking for money and to stop them filing a charge under Section 498A; you should press charges against them and file for divorce.

Let the police investigate. The boy's parents need to  fully cooperate so that there inncence could be convinced.

Is it possible that by giving bribe and with some political approach from girl side police can make a complaint FIR without taking statements from boy's side?

Any suggestion on the above hypothetical aspect is beyond the scope and objective of this platform.

is it possible that police by taking bribe and approach of some senior officer or political member make FIR ?