Oh! Admin... I was unaware of this news till now. Thanks to LCI for it.

1. DP should invest more on human intelligence and coordinating with intelligence gathering agencies instead of wasting their energy on innocent peoples arrest on back of NDA command.


2. It is shameful to know India is becoming soft targets.

In delhi highcourt  no cctv camera and infrared sensor not working.

The terror strike, which was reportedly carried out by Harkat-ul-Jihad-al-Islami (HuJI), took place outside Gate No. 5 of the Delhi High Court at 10:14 am.There were no CCTV cameras installed at the gate near the blast spot while the scanners, too, were not working. Delhi Police will also release sketches of two suspects.Explosive device was kept in a briefcase.Court business is usually heavy on Wednesday which is listed as a Public Interest Litigation(PIL) day when the visitors come to the court in large numbers.---News reports said. 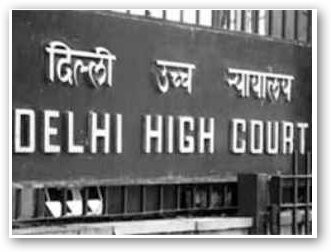 to the terrorists.Who will compensate for the earning loss in their life ?

I saw the victims in TV....It is death of humanity..

Indeed such violent acts are condemnable. Every sane mind should condemn every act of violence in any form. At the same time Government should also sincerly try to find some meaningful solutions to longstanding vexing political problems that are the source of all these kind of violence.

I higly condemn the cowardice act of the persons responsible in carrying out the blast and my heartful condolenses to the family members of the  deceased and wish speedy recovery of those injured in the blast.

It really created the very misserable situation for the family member of the person, others badly injured and each one of us. It has created a deep scar.

It is really upsetting the nation security. Long term security is needed to prevent such kind of situation.

Creative step should be taken to prevent such deadly incident in the future.

This horrible incident occured only due to the Government's intelligence failure. It has not learnt the lesson of the trailer bomb blast in parking area of Delhi High Court on May, 25th this year. Though the trailer blast did not take any life, this final blast took 11 lives & hundreds injured. Shame on the Government for its failure of tackling  the terrorists. My heart-felt condolences to the members of the bereaved family of those who died in this incident and I pray God for eally recovery for those injured in this incident.

goverment knows that the terriost attack on  the delhi or gujrat home minister says that in the parliament but we can not stop this bomb blast .

This was shocking at the same time very unfortunate one...this must be received as threat to our judicial system of country.

From 2008 it is third time attempt.  Now it is a major one. Whether the security systems failured or let it failured. Cross check  must be there.  The judiciary is the only faoum in which any person gets its fundamental, constitutional remedies. by putting vengeance over courts will not solve the problem.  THE FEDERATION OF TAMILNADU  AND PONDICHERRY STATES SUB-ORDINATE COURTS ADVOCATE ASSOSICATION HAS SERIOUSLY CONDEMNED THE BOMBLAST IN DEHLHI HIGHCOURT AND DEEPLY MOURNED THE DIED VICTIMS. TODAY IN TAMILNADU AND PONDICHERRY ALL THE COURTS HAS BEEN BOYCOTTED.  sEVERAL ORGANISATIONS CONDEMNED THE SAME.

AS THE MEMBER OF LCI AND AS AN ADVOCATE I STONGLY CONDEMN THE ACTION BY TERRORISTS.

We all living under a consistent fear of death and destruction....even Animals are not so cruel towards each other.

It is very alarming that despite so much of the money being plushed into protocol called "intelligence", innocent lives are lost.

Political leaders with biggest portfolios should be brave enough to warn the wrong doers and punish them like USA did.

US infiltrated middle-east countries, destroyed them and then captured their natural resources and finally (reportedly) killed Osama.

WE NEED STRONG POLITICAL WILL TO EXECUTE OUR PLANS AGAINST TERRORISM.

The level at which politicians struggle and work to get their salaries hiked, if they would show same seriousness towards fighting crime & terrorism, it would yield better results. This way we can save money spent on monitering terrorist activities and then salary hike of any politician would not pinch common man.. :)

Candidly and shamefully we are still taming terrorists like Ajmal Kasab & Afzal Guru.

It's an abhorrent shame on the people behind such delays in prosecuting and executing the perpetrators...