Nowadays it has become a fashion for judges in different parts of India to give out rulings in favour of women in livein relationships. Indeed they go out of their way to legitimize such relations, to treat them on par with legal and religious marriages.

While such relations have always existed in our society (chinna veedu vs periya veedu) if a keep has the same status as the wife, what is the point of getting married at all?

Instead of spending huge amounts on wedding feasts, one can simply ask our sons and daughters to go someplace and shack up together!

I am wondering seriously why no one is challenging such rulings. We should all sign a petition asking that the Hindu Marriage Act should be scrapped simply and send it to our dear president madam.

Our judges generally tend to be old fogeys bloated up with their own feeling of importance. I wonder if any of them had even heard of the expression livein relationship a few months earlier. Who coined it anyway?

Leading French philosopher Jean Paul Sartre had a livein relationship with Simone de Beauvoir for a long time but they was opposed to the principle of marriage. Many emancipated women refuse marriage because they  see it as an infringement of their freedom. I do not think many of the women landing up in DV cases have such background. Seriously, I request our learned friends to explain how a dharampatni can be considered equal to a rakhel? Or, vice versa? I seem to be missing something here. 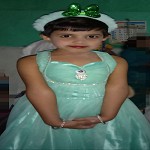 I dont know why the judiciary is taking these kind of Liberal Stand because this  is giving advantages  to these kind of immoral relationships(as per Indian Social perspective) in Society.

Actually womens involved in this type of relationship should not get any relief (Because they are maintaining the relations with their own accord & no one can be made a fool against his will in these type of relationship) so it would be a lesson to society that immoral & illegal relationships will not be tolarated by us.

So far as judicial approach is concerned it needs some change as there should be equality before law and both the persons are liable for these type of social misconduct and no one should get benefit of its own illegal acts.

Vishawa! I am 100% with your views but there is also an other side of the coin wherein the women folk is used by man for just his s*x satisfaction and then he throws such lady on the road in that situation such rulings/citations come to help the victims. As there are bth sides of everything so this new pattern has also both sides. It is good to keep balance by all including the judiciary.

It is humanity which matters more. A female is considered a weaker gender, and laws always rather should be with weaker section of the society.

yes it is humanity which matters more. A female is considered a weaker gender, and laws always rather should be with weaker section of the society

Cohabitation, livein relationship, s*x bfore marriage are all parts and parcel of human society. I dont think that we have to take it that serious as its just an open secret. The only difference with livein relationship is that the couple openly live together as husband and wife without being married. In fact many live in that manner without a whisper from any quarter after all it is their lives and not ours, so why all these hues and cries. Have we ever conducted a survey as to how many females in the age group from 15 to 18 are virg*n in the country or have had abortion? If such survey is conducted in all honesty, it will give us a shocking and startling results. Let us just take livein relationship as a normal way of life.

Thank you for your comments, learned friends. There is no problem in giving protection to the weaker s*x, in fact we must protect even the third s*x! My point is that this protection should not extend to all the cases. especially where there is a blatant attempt to misuse laws or use them in a manner not intended by the law makers or where such blanket protection is against principles of natural justice, such as equality and equity.

The larger issue is that of the unchecked ineptness of judges and the way they are misusing their powers.

Yes are right Vishwa. but some effecient steps should be taken to stop the misuse of Protective Laws.

the women folk is used by man for just his s*x satisfaction and then he throws such lady on the road...

How about these same women folk using the men folk for procuring their material needs? There should be some tit for tat and by giving such women unusual previleges, the society is not advanced and moreover decent women folk, housewives and mothers are given a bad name.

I agree with Mr. Vishwa partially. There should be some tit for tat.

Firstly any relationship either livein or marriage always happens with mutual agreement between a guy and a girl . So blaming for anything to one part is not the mature thing to do . marriage is the most beautiful thing specially in india as we have very beautiful customs but what a irony of misusing this term  by dowry or mental harrasment of arrange marriage procedure ? Today  a gal who is equally educated as guy but if she goes in the arrange marraige procedure she is expected to have everything ..what a sick procedure we have ... outside india it is famous that gals have no life there specially after wedding .  How our mother father got married and then have a baby in a year ? Do you say it indian culture or you proud about ?  Well am not ....rather  am ashamed that persons who didnt see each other before wedding , don know each other  but in 9months you have baby . IF this is indian marriage then I dont agree with the concept . You do committment because you need companionship, then secondary plans like family . You need bonding for it first . So livein relationship is far better than this type of uncompatible or nonsense marraige concepts. Overall you need companionship, committment  ...the way a person want to adopt for it whether its marraige or livein its their mutual decisions . Nothing right and wrong about it