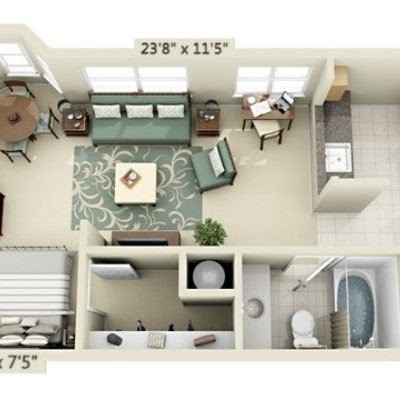 I need your advice, now its 6 years of married life, from day one its not going well marriage has gone to hell now. i Have parents and 2 sister both are married, one sister leaving in US since 5 years, one more sister also married leaving in Bangalore.

my marriage was on 1 sep 2011 and for small issue my wife use to quarrel with me and after 3 months she went to her house after 3 months, later she got confirmed she stayed in her home. after 1st baby she did not come home she asked me to make a separate house. due to immense pressure and for the sake of my baby i purchased house worth of 60 lakes and full amount from bank loan on 13/06/2013 and she came to home. then also our married life was not good. As my loan EMI was more i started to search job for to stabiles my financial problem. later in feb 2014 i got job in Qatar i worked till june 2015. Even though my marriage was not good i took her to Qatar for 1 month on family visa as my job contract was ending. after i came to India in June 2015 i was leaving separately leaving in my own house. i was balancing both parents and wife.

Life went very worse from June 2015, every day there was quarrel at home, problem was that what ever I said she never use to listen or bother. Some time we never use to talk for months at home. She use to black mail always saying she use to commit suicide with baby, she had faked 3-5 time suicide attempts. Later after 3 months she left home and on jaunayr 2016 she lodge a 498 case on me, my parents and sisters. Saying she has give 1 KG gold, 8 KG silver and 50 lake case to purchase my house. All the allegation are false I have complete proof for every think. As my wife has some political influence they are blackmailing that they would put every body in Jail.

After lodging complain she straight away came to home and occupied it breaking all the lock I have filed the case in police station too. Now I am not leaving with her I am leaving with my parents.

After 3 months lodging complaint I got a call from police station, they said I and  my wife to go to court for counselling, during 2 sitting somewhat she  was ok and we started leaving together. She told she will with draw all the case. I was happy, but got shocked that on 5th counselling she reject and told she won’t be leaving with me and continue the case and put everybody in jail. Motive was that we she wants baby from me so that I cant apply the divorce in future.

Later she was confirmed and got pregnant and 2nd baby was delivered with all my expense only this happened after she filed divorce case .

Only proof she has is that during quarreling she has voice recordings. But whatever she has in written complaint I have proof myself that its all false.

Now I have 25th August I got summons from court to appear but I have taken bail for all, but I could not take bail for my sister and brother-in-law who is in US.

Now they have got the arrest warrant.

I appreared to court 1st time and I did not have any lawyer and judge postponed to 10th October.

Can you give my right path to approach to court  advice.

Firstly be confident and have courage to face the situation. She got the courage to level false allegations against you and your family. Engage a good lawyer with details and contest your case properly. Also file divorce case and also case claiming custody of your children so that their future could be protected . Merely levelling false allegation does not mean that the same are correct or stand proved. Let her prove that she and her parents were possessing means to pay such dowry. Claim your right over the property. Siddharth 9811776422
1 Like

One thing more the recorded voice is of no value as now a days there are mimicry artist so go ahead strategically and contest the case with full confidence and courage.
1 Like

Hello , first you need to file case against her and dont worry about any thing ... coz as you write here your marriage not going well from first day so ,

first hire good family lawyer and , tell them all details about your case after start proceeding , more

if your brother in law and sister living in USA not in india and your wofwe not staying with your family member than there no point to send them arrest warrent ,

so now its time to take step and fight your case file divorce pitition against your wife told all truth in court , so you will be get good decision from court .

i really appreciate your reply and thanks for your giving some confidence. i just need one more information can i get my sister and brother-in-law name to quashed in high court. can this me done. as they are no were related to the court and they leave in US since 2013.