In search of job

If a girl has married under Hindu customs and converts her religion to Christian and marries as per christian norms. Is the First marriage still valid? and is the Second Christian marriage valid?

Yes first marriage is valid unless declared by court otherwise.

convertion in other religion is personlal liberty under art 21 of the constitution of india,  it is also told in hindu marriage act that, christians are out of the attraction of this act. but the present stand of the court is , even in case of conversion, thoug the person is out of attraction but  the person can not avoid it's matriminial responsibility. see sec 2, 5 & 18 of HMA; & also see 494 of IPC.

but there is a scope of urguement under art 32,21,14,15 of the constitution of india read with (i) sec 2,5,18 of the hindu marriage act (ii) sarala mudgal case. (iii) sec 494 of IPC. one may go to supreme court on the plea that his/her fundamental right is effected by this encroachment of law and some other rullings..if any one goes, may pl contact me, i shall equipped him with more details.

Dear, during the subsisting of first marriage second marriage is void . 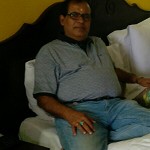 by subsequent conversion marriage will not be nullified. so without dissolution of earlier marriage 2nd marriage wiil invite offence of bigami under sec. 494 of I.P.C.