Request only Lawyers to Answer with relevant citation. There are Two Different Incident which is altogether Different and nowhere related to each other.

TOtal Culprit 6 of the same family

I am planning to put writ in HC as everything which is proceeding in court is an only miscarriage of justice.

judge put the name of the accused of the First incident in the second incident and when we brought to the notice of the court to correct the mistake she rejected that She will not do any.

I expect the only judgement to be attached with my application that the proceeding is going is bad in law and Two different incidents have to be two separate FIR register.

Mr Omprakash, I don't know what is your problem to understand the simple question I saw you on every new topic and answer which is not even understood by you in any way. for every question you want lenght discussion, it proves you yourself is confused.

I can dictate what I am expecting it's not you to decide what has to dictate. Now its advise for you to kindly stay away from the topic which you have so many confusion to comprehend the context.

Mr Omprakash, you cannot dictate what others have to keep their terms and conditions in receiving advice/suggestion/ guidance on any public platform.

Mr Omprakash, you cannot dictate what others have to keep their terms and conditions in receiving advice/suggestion/ guidance on any public platform.
This LIC forum is not for creating confusion but seeking proper answer and not just argument which goes off-topic.
People like you should understand before making any sorts of comment whether your answers will fall in the category which is expected by the seeker or not.

And last but not the least you should not behave as a teacher to all of those who are putting their question here and expecting proper guidance from professional experts.  you are simply here for spoiling the thread of others and then argue on their thread to keep showing your degree of knowledge. I have full right to put my question and expectation on any platform on the public forum it is public to understand whether this topic is relevant or not to them OKAY. Afterall it smatters of saving time in useless arguments behind timewasters.

And u want to say harsh word for what ? It is not abput being male or female u should learn polite to talk first. I request LIC ADMIN TO IMMEDIATELY BAN THIA OM PRAKASH USER ON MY POST . what is the question i have pur and look the answers here where it is going . Everynefforts I took to maintain only effective answer is been wasted by people likeOM PRAKASH .

I simply wanted to delete this om prakash rwplies and ban him from commenting on my post.

Mr om prakash what i m.not intrested in dictating u . Its you whonat first behaved to be dictator and later come with blaming if any one objects u.. My forum is been spoiled by You. I have already requested younto get out of my post why dont go take care of yourbown self repsect and move out of my thread . Every where in every post I am seeing your fighting with others and unwanted replies..

Yaar this man om prakash is so irritating.. I said you I dont want your advises . U are provoking me to be harsh on you mr. Om prakash.. GET OUT OF MY THREAT U YOU JERK

OM PRAKASH PEOPLE LIKE YOU ARE BAD IN SOCIETY. KEEP DOING YOUR MANMARJI INSPITE OF SEVERAL WARNING . U DONT CARE OTHERS INTEREST AND WANT U TO GLORIFIED AND CROWNED THE HERO .. WHY R U DYING FOR LIKES ON YOUR ANSWER .. GET OUT OF THIS THREAD U NONSENSE 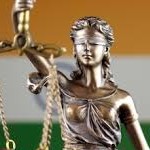 "Yeah, if there were two incidents then two FIRs must have been there and it would have been better, if you had raised this issue at the time of cognizance or at the time of framing the charges by the concerned court. You are further wasting the time and money of your clients in approaching the H.C. without the written order of the Trial judge (of interchange of the witnesses or whatever it may be but concerning the witnesses). "

This is the reply given by omprakashji to you. But while replying to my query "chargesheet contradictory with 161 statements". He said that accused has no rights and everything is with police to add or omit accused. When 161 statement itself clearly representing a primafacie evidence against one. And police not including him as accused then why one should not rise this issue with magistrate and police?? but omprakashji said accused has no right to ask for further investigation or the right to point out the mistake committed by police but to blindly face the trail in court