At one time it was considered essential that the required quorum should remain present throughout the proceedings. But in Re. Hartly Baird Ltd. (1955) Ch. 143, it was held that where the company’s articles were similar to Table A, a quorum need be present only when the meeting commenced, and it was immaterial that there was no quorum at the time when the vote was taken. This decision follows from the wordings of Article 53 of the English Act, which states that no business shall be transacted unless quorum present when the meeting proceeds to transact business Regulation 49(1) of Table A of Schedule 1 of the Act also contains an identical provision.

Section 174(3) further states that unless the articles otherwise provide, if within half an hour from the time appointed for holding a meeting of a company, a quorum is not present, the meeting, if called upon the requisition of members, shall stand dissolved. According to Section 174(4) in any other case, the meeting shall stand adjourned to the same day in the next week, at the same time and place, or to such other day and at such other time and place as the Board may determine.

Section 174(5) lays down that if at the adjourned meeting also, quorum is not present within half an hour from the time appointed for holding the meeting, the members present shall constitute quorum.

A director who is not a member of a company cannot propose or second a resolution and his presence cannot be counted for the purpose of quorum. He can, however, be present at the meeting and with the permission of the chairman he can speak on specific matters.

A quorum will always be presumed, unless it is questioned at the meeting or the records show that quorum was not, in fact, present.

The common rule of a meeting is that there shall be at least two persons to constitute a meeting and that a single member cannot do so even if he holds almost all the shares which carry voting right [Sharp v. Dawes, (1876) 2 QBD 26 (CA)]; followed in London Flats Ltd. Re, (1969) 2 All ER 744 : (1969) 1 WLR 711 or carries proxies for all other members. The use of the expression members also shows that one individual alone does not constitute a meeting even if he, for example, is a member and proxy for another member [Re M.J. Shanley Contracting Ltd. (1979) 124 SJ 239] or by being a member both in his own right and as trustee for another [James Prain & Sons Ltd., petitioners 1947 SC 325].

The views of the Department on this issue are also that a single person cannot by himself constitute a quorum at the adjourned annual general meeting. [Letter No. 8/16(1)/61-PR, dated 19/5/1961].

As per Section 87 preference shareholders are entitled only to vote in respect of matters affecting their shares and they cannot be treated as members for a quorum at any general meeting in regard to items of business in respect of which they have no voting right under the Act. [Henderson v. Louttit & Co. Ltd., (1894) 21 Rettie 674]. The Department of Company Affairs is of the view that preference shareholders cannot, therefore, be counted as members for determining quorum except in respect of items of business, if any, where they have right to vote under the Act.

On the other hand, the words used in Section 174(1) are “unless the articles of a company provide for a larger number, five members personally present in the case of a public company... shall be the quorum for a meeting of the company. Section 172(2)(i) requires that “notice of every meeting shall be given to every member of the company.” The implication of both these sections is said to be that every member is to be given notice of the meeting and he can attend and be counted for quorum though he may not have a right to vote at the meeting.

The presence of a person, who has been appointed by the President of India or by the Governor of a State, in his capacity as a member of a company, to represent him at a company meeting, shall be counted for the purpose of a quorum in accordance with the provisions of Section 187A of the Companies Act as also persons authorised in terms of Section 187.

Even at an adjourned meeting, one member present will not constitute quorum, for the section says that the members actually present shall be a quorum.

However, exceptions to this rule do exist. In East v. Bennet Bros. Ltd. (1911) Ch. 163, where all the preference shares in the company were held by one shareholder only it was held that a meeting of preference shareholders (class meeting) attended by only him was valid. Also, when the Company Law Board calls or directs the calling of a meeting under Section 167 of the Act.

But if all members of the company are present in person, the proceedings will be valid even if the quorum required by the articles is more than the total number of shareholders. This can happen where originally the number of members of a company was large, say 500 shareholders and the quorum fixed by the articles was 100 members present. Subsequently, 450 members have sold their shares which have been acquired by some of the remaining 50 members. If a meeting is held to transact some business, say to alter the articles to reduce the members required for quorum, all the 50 members present in person will constitute quorum.

Thereis a divergent views in so far as the section 174(1) is concerned.If we forget about the English authority and be governed by the langage it would appear that quorum of General meeting would be 5 personally present members and that will not include any proxy.Kindly elaborate on this .If we follow english authorities blindly we shall get trapped in mess. Please give some Indian authority on this.

I am grteful for this wonderful write up. Thanks and regards. 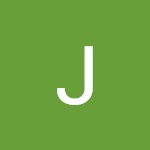 Information is very useful. Thanks a lot.

The detailed update about the Indian laws and regulations is pretty thoughtful and we able to explore and expand our knowledge. I hope a number of people getting lots of help from experts here about law and solve their problems. Thanks for paper writing websites work please do share more.