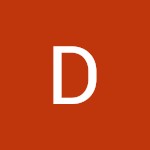 In mid december, we signed plain paper agreement to sell property to buyer (son and father).
Agreement text included:-
a) last date for execution of agreement - January end.
b) conveyance deed from PUDA should be issued to us by January 2nd week (since we didnt have conveyance deed).
c) earnest money provided was some cash money, and two cheques of 10L each date 30 Dec.
d) in case buyer backs out, earnest money to be forfeited and in case seller backs out he should pay double the earnest money.

We submitted the 2 cheques in our account only on 6 March before cheque validity was going to end. Only one cheque of 10L was realized, while other 10L cheque was bounced.

In between there was no communication from buyer, but on 18 May buyer verbally refused to proceed with the deal on phone.
Instead created controversy that we were not supposed to deposit cheque.

Now buyer is harassing by not signing the cancellation agreement and even demanding the cash portion to be paid back in cash.

If I return the full 12L money into buyer account of father through NEFT and send him legal notice now that agreement stands cancelled, what will be the implication?

a) Can we return back the money to same account from which cheque was received (father account) or can they create controversy that money need to be credited to son account ?
b) Can buyer still go to court and demand that interest should be paid to him from Feb till June? Also can he claim any damages or double of the earnest money?
c) If we try to sell the property to next party, then are we free of risk that previous party can again harass and try to take stay in court ?

1. All the mentioned events by you is possible. Visit a local  Lawyer dealing /experienced in Property Matters, with all the relevant documents, for a one-to-one consultation session and legal advice, specifically for your requirements.

Likes: 13
Points: 265
Instead of returning any amount, you should send a legal notice to him first. Feel free to contact at sunayana122@gmail.com for further assistance.
Reply