Hi, we have just purchased a 3BHK flat at Kongaon, Bhiwandi and the building is about 3-4 years old with a GRAM PANCHAYAT APPROVAL only. Its a darga trust land. Now after so many years the building has received a MMRDA notice saying its an illegal construction and it will be demolished. Although the builder has taken a stay over it we are concerned if we should stay back or sell the flat. The documents are all clear with Gram panchayat approval and everything but MMRDA says that its illegal because it does not have their approval. I would like to know if Gram Panchayat still has the authority to approve residential plans? how far is this case going to go? and what are the chances of the builder winning the case? Is it worth keeping the property or letting it go? Any suggestions or replies will be appreciated. Thank You!

First of all Gram Panchayat now has no right to sanction the building plan.

And as you have stated the property belongs to the Dargah trust.. then the construction itself is illegal construction.. unless the builder has got specific permission from the WAKF board.. it's a long process to do so.. as even the WAKF board cannot just sell the land to any specific person unless he is a highest bidder and has completed all the formalities.

The search of the title documents shall be needed to give perfect solution to this.

And it is the duty of the builder to give you the solution.

Hi Many thanks for your reply. But the question here is the aproval was taken back in 2002 and 2003 when neither MMRDA was in power neither Gram panchayat was deprived of giving approval. Then in such case how can the building be illegal. As per my knowledge MMRDA came into power in 2007 and the approval was taken before, we also have the approval papers with the Engineers signs and all the details of the publications. Are we still left with no chance for the buildign to be legalised at any point. And was is the WAKF board?

Just received an updated that the building has the WAKF approval. I don't understand how valid is the MMRDA notice and how much legal is our construction.

Wakf board has no power to approve building construction or plan approval.

A release from government of Maharashtra reads as follows:

The collectors of the two districts had sent communications to sub-divisional officers and zilla parishad CEOs informing them of the provisions of Section 18 of Maharashtra Regional and Town Planning (MRTP) Act, 1966. As per Section 18 of MRTP Act no construction can be undertaken in areas other than municipal corporations and municipal councils without the permission of the district collector's office. The sarpanchs' who had been issuing building permits for years were suddenly deprived of this power.

The Urban Development Department, Government of Maharashtra, vide Notification No.TPS 1206/330/CR-230/06/UD-12 dated 17th March 2007 published in Maharashtra Government Gazette dated 19th April 2007, has appointed the Mumbai Metropolitan Region Development Authority (MMRDA) as ‘Special Planning Authority’ (SPA) under sub-section (1) of section 40 of the Maharashtra Regional and Town Planning Act, 1966 (MR & TP Act) for the development of 60 villages (Originally 51) as ‘Bhiwandi Surrounding Notified Area’ (BSNA) of Bhiwandi tehsil and Thane District. The SPA therefore, following the procedure laid down in Chapter III of the MR&TP Act, 1966, of preparing a Draft Development Plan (DDP) along with Development Control Regulations (DCRs) for the “Notified Area” and the contents defined in section 22 of the Act, envisages to bring about orderly and planned development of the area.

You can find more details about this in

However since yours ia a old case you may find respite under the below given provisions of the law:

You may consult a lawyer in the local with all relevant papers and seek his advise on all such further issues.

I was handling one matter regarding your Bhiwandi notified area, rather spent whole yesterday on it going through development Plan , rules , regulation , land laws. MRTP .

I just put your area name in search to get more input today and saw this thread.

I know your query  is 9 months old and I feel in property matters 9 months is short duration as people don't take decission so soon. So felt like replying you , hoping that this message will go in your inbox and you will read it  and revert back

I will explain certain procedure first then your problem

1) Any development in Maharashtra , Construction of building etc. is governed by many laws. And most laws are state Laws in this field , that is Maharashtra Legislative assembly laws are applicable.

2) First necessary title of land should be clear taking various laws applicable to that land. In short the person who  ask for permission from Planing authority for permission of constructing building he should have legal rights as per all acts not as per just records.

7) Similarly if any other organization is appointed previously . its appointment is also published in Gazette (Official News paper of Govt)

8) Now to understand your probelm  first fix one rule in mind ----- Maharashtra Regional Town Planing Act 1966 is appex Act for buidling and structure construction in Maharashtra all other acts are sub-ordinate to it regarding construction , all rules are below MRTP, even if there is conflict between construction section in any other act (Old british era acts ) then also MRTP will be considered and not that.

9) In MRTP Act one section state when permission is given for construction of any structure or building it is valid for only 1 year . After that it lapse . Person has to renew permission again after 1 year , and if construction is not started then whole Building plan is required to be modified or changed and updated as per latest rules which are framed under MRTP Act

First query which arose in my mind after your post

2 B ) Local man while discussing yesterday (Because we need local people help too ) , He said Gram Panchyat people  are taking money and putting stamp back dated and giving building construction Plan . I was bit confused on it

2) He will possess original Sanctioned Plan with Stamp I agree fully , No fake stamp but according to Act permisssion has lapsed and he can not do construction based on old permission of 2003.

3) Now MMRDA has ussed relevant section of MRTP Act and raised illegal construction issue , they are right from their side . Their permission is required now from 2007 or all construction after 2008 as per MRTP Act. others are cheating inoncent people.

4) So in reality MMRDA is correct from their side

1) Regarding Wakf property I need to study so can not give input on it and consequence thereof.

A) Case can drag for years but remeber in Court if party is not present on dates then for non-appearance court can dismissed the case. Builder got his money , he is practically not bothered he will show you he is doing or taking steps but he is least interested after some time he too will disappear from court . Whatever you have to do you only need to do and attend court reguraly or you will suffer

This much input I can give. If you are in possession of property do revert back , at least i will feel my typing time is not wasted helping you 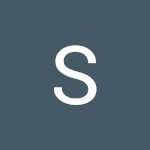