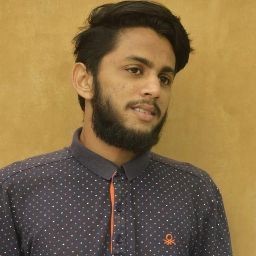 My neighbour is having a doberman dog. One day because of their negligence it came to our house and bit me in my face and body. I am sustained with setious injuries and they are not ready to pay my hospital bills. How can I sue them before the court of law

If the dog’s owner is at fault for what happened to you, you can seek damages from them. Damages can include both economic and non-economic losses including:

Many victims only consider their financial losses, but lawyers know that fair compensation usually also includes intangible losses. While your medical bills and lost wages may be significant, they won’t be the only thing that stands out following the attack. You’re likely to be equally or more concerned about the pain, sleeplessness, anxiety or depression that follow your encounter with the dog. Some people develop a lifelong fear of canines. Since you didn’t do anything to cause any of these losses, the dog’s owner should have to compensate you.

Contact a local advocate and immediately issue a notice claiming for damages and for copy of vaccination certificate and for such license obtained from Authorities for adopting such dog.

As per your illustrated query!

For making the neighbour liable in respect of the damage done by an animal belonging to the class of harmless or domestic animals, two things have to be proved in the law of Torts.
1. that the animal in question had a vicious propensity which is not common to animals of that species.
2. that the defendant had the actual knowledge of the viciousness.

Added to that Under the Indian Penal Code, 1860 the neighbour may be liable under section 289 for negligent conduct with respect to animals. Moreover, ownership of animals is not anywhere referred to in section 289, mere possession is sufficient. Such liable person shall be punished with imprisonment of either descripttion for a term which may extend to six months or with a fine which may extend to one thousand rupees or both.

Yes, you can seek damages in a civil action. However, you may, in the first instance, serve a legal notice before approaching the Court.