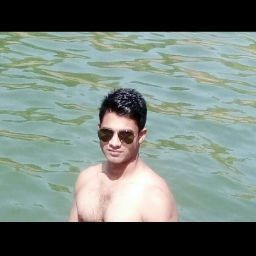 As per your concern let me inform you that a stam paper is said to be a legal document. Thus, any person who provides false or wrong information on such a paper with his/her own soundness of mind such a person could be held liable under section 464 of the Indian Penal Code (IPC), 1860.

The section 464 IPC deals with "making a false document".
This section states that —
A person is said to make a false document or false electronic record if he/she commits the activities listed below.

Secondly —
Who, without lawful authority, dishonestly or fraudu­lently, by cancellation or otherwise, alters a document or an electronic record in any material part thereof, after it has been made, executed or affixed with 342 (electronic signature) either by himself or by any other person, whether such person be living or dead at the time of such alteration; or

(b) A, without Z 's authority, affixes Z 's seal to a document purporting to be a conveyance of an estate from Z to A, with the intention of selling the estate to B, and thereby of obtaining from B the purchase-money. A has committed forgery.

(c) A picks up a cheque on a banker signed by B, payable to bearer, but without any sum having been inserted in the cheque. A fraudulently fills up the cheque by inserting the sum of ten thousand rupees. A commits forgery.

(e) A draws a bill of exchange on himself in the name of B with­out B 's authority, intending to discount it as a genuine bill with a banker and intending to take up the bill on its maturity. Here, as A draws the bill with intent to deceive the banker by leading him to suppose that he had the security of B, and thereby to discount the bill, A is guilty of forgery.

(f) Z 's will contains the these words—“I direct that all my remaining property be equally divided between A, B and C .” A dishonestly scratches out B 's name, intending that it may be believed that the whole was left to himself and C. A has commit­ted forgery.

(h) A sells and conveys an estate to Z. A afterwards, in order to defraud Z of his estate, executes a conveyance of the same estate to B, dated six months earlier than the date of the conveyance to Z, intending it to be believed that he had conveyed the estate to B before he conveyed it to Z. A has committed forgery.

(i) Z dictates his will to A. A intentionally writes down a different legatee from the legatee named by Z, and by represent­ing to Z that he has prepared the will according to his instruc­tions, induces Z to sign the will. A has committed forgery.

(j) A writes a letter and signs it with B 's name without B 's authority, certifying that A is a man of good character and in distressed circumstances from unforeseen misfortune, intending by means of such letter to obtain alms from Z and other persons. Here, as A made a false document in order to induce Z to part with property. A has committed forgery.

(k) A without B 's authority writes a letter and signs it in B 's name certifying to A 's character, intending thereby to obtain employment under Z. A has committed forgery in as much as he intended to deceive Z by the forged certificate, and thereby to induce Z to enter into an express or implied contract for serv­ice.