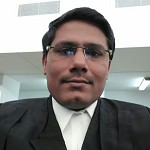 According to hindu Sucession Act 2005( Amendment) 2005 Daughter is having a right in property since by birth.

1.Can father's sister have right to ancestral property.(as per Law upto date).?

Info:Father's sister married before 1989 and she is getting  govt pension for (widow and there is no relatives).

The two question is

1 ) Who is generate the property? Father or grandfather.

If grandfather is generate the property then father's sister is entitle to receive the share.

1.My grandfather generated the property.after grandfather death my father got by court .now property is my father name since 1980

2.Father's sister not dependent on my father.

2.Father's sister not dependent on my father.

‘Law on equal right for daughters in ancestral properties is prospective’

In a verdict that can have a cascading effect on matters related to partition of ancestral properties with regard to equal right for daughters, the Supreme Court has declared that the coparcener rights are applicable to “living daughters of living coparceners as on September 9, 2005, irrespective of when such daughters are born.”

The apex court was dealing with various judgments of different High Courts, including from the Karnataka High Court, differing in their views on the applicability of the Hindu Succession (Amendment) Act, 2005.

The amendments of 2005 gave equal right to daughters in coparcener properties by removing the discrimination that existed in the original enactment, the Hindu Succession Act, 1956 against Hindu women on rights over ancestral properties.

Also, the Supreme Court declared that the provisions of the Hindu Succession (Amendment) Act, 2005, are applicable “prospectively” [on and from September 9, 2005, when the Act came into force], and not with “retrospective” effect as held by some High Courts in the country.

A Bench comprising Justice Anil R Dave and Justice A.K. Goel, in its October 16, 2015, interpreted the succession law while setting aside the judgment of the Karnataka High Court in the case Prakash Vs Phulavati of 2010.

The Karnataka High Court had held that daughters would be entitled to equal share even if father had died prior to September 9, 2005, when litigations over partition were pending in courts.

The text of the 2005 amendment, the apex court said, itself clearly provides that the right conferred on a ‘daughter of a coparcener’ is ‘on and from the commencement of the Hindu Succession (Amendment) Act, 2005.”

“In view of plain language of the statute, there is no scope for a different interpretation than the one suggested by the text of the amendment. An amendment of a substantive provision is always prospective unless either expressly or by necessary intendment it is retrospective,” the Supreme Court said.

In the present amendment Act of 2005, the apex court said, “There is neither any express provision for giving retrospective effect to the amended provision nor necessary intendment to that effect.”

“We are unable to find any reason to hold that birth of the daughter after the amendment was a necessary condition for its applicability. All that is required is that daughter should be alive and her father should also be alive on the date of amendment,” the apex court said.