This is fantastic! Thanks for posting this wonderful judgement.

The new laws, the government is pushing, is an abomination. Parliament is under pressure by feminists and 'women empowerment organizations' who have an agenda that is detrimental to healthy society and country.

In fact, such nefarious designs are to be declared and fought, as anti national and a security threat. Instead the cabinet is happy to condone such things! We even saw the so called debate on the issue in the upper house as posted by Tajobsji!

The fact is, one has to attack this before it becomes law, as opposed to after it is passed.

Parliament needs to make laws as clear as possible. Instead PWDVA etc are extremely vague and hence misused easily. A balanced law is a duty of parliament. The so called 'women's empowerment does not mean enriching an idle,lazy, incompetent and bad wife! It does not mean stealing 'legally' from a hard working husband. The courts have to have certain latitude, yet laws must take care of many common scenarios in society. This will pave way for objectivity, as well as latitude, for judiciary and a direction to society.

India need not have to follow the west. It is because we are borrowing such nonsense (feminism) from outside that we are bankrupt in common sense and looking for solutions also from outside-in the process repeating the same mistakes of others! This is foolish at best and disaster, if one looks at it sensibly.

Its ALL VOTE-BANK POLITICS.................HOW WE CAN MAKE OURSELVES HEARD? WHAT STEPS CAN SAFEGUARD OUR INTERESTS & FORCE THE PARLIAMENT TO MAKE GENDER-EQUAL LAWS? 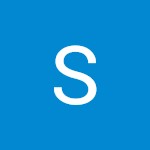 Hi Team, Can any one please share me the case number or judgement for this verdict. That will be much appreciated. Thank you in advance. Regards Sumanth Bhaskar