Who are legal heirs

Person A has got a wife a son and two daughters. Son is married has a wife and a girl. Daughters are also married and have kids.

Person A and son died.

Will wife & daughter  of son get shares of A's wife  after A's wife dies??

If properties are in the name of son legal heirs are his wife,daughter  and his mother. If the mother wants to give her share to two daughters and writes a will before partition of properties will it be valid will???
or will both the daughters by default will become legal heir of their mothers share??

Will wife & daughter of son get share from son's mother after she  dies??

Sir, I presume the family is a Hindu family.

1. In the absence of a will by the deceased, both his self earned property and the ancestral property should be distributed equally among his wife, son and daughters.

So, his wife can, by will give away her share to anybody she wishes to. This will is valid one even before partition.

Here, the legal heirs of the deceased are his wife, son, and daughters. So, each one will have their share in the property by default.

After A's wife's demise, her property will be divided among her legal heirs, i.e, her son and daughters in the absence of her husband.

If the son gets property through will, then his mother and sisters will not have any share in that property. But his wife, and daughter will have their share.

Notional partition has to apply:


A's legal heirs are  : his wife, son, and two daughters = everybody has got 1/4th share

A's son is also no more : then legal heirs are wife, mother and his children.

in the 1/4th share of the A his legal heirs will get each shae. 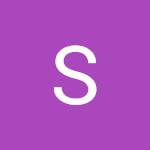 if  it is an ancesteral property , how extent mother has  right  over this  property ?

what is the meaning  of revertionary  right ?

I will agree with the suchitra madam opinion

I am from a Hindu family

My mother and father died in a accident

The property is in the name of my father ( not a heritage property) .

Myself , My brother and my grandma ( fathers mothers) are listed in legal hier .

I am married and having a kid

Here are my doubts :

1.Can my grandma write a Will to give her share to my brother ( beign a legal hier only ) ? (The property is bought by my father only .

2. As my brother is a fraudlent person , can he sell the property without my consent .

Sangeetha being your family a Hindu family..

Grandma can write her share by will to any one as she wishes to.If she writes wil on your brother name after she passes away your brother will have rights for both his share as well as your grandma's share. But your share will remain uneffected.

One of My friends mother and father both died recently without a will. My friend is having a younger sister got married and having kid well settled and grand mother(father's mother). My questions are as follows

1) My friend applied for Legal Heir - his name along with sister and mother are named legal heirs is it correct?

3) what action can be taken against my friend's sister if she wantedly giving disturbance to my friend on demanding 1/2 share which she will not legally get if 2nd questions answered in favour to my friend, though my friend agreed to give the amount to his sister for 1/3 share which she holds?

4) What kind of valuation will be done(Note book value or Market value) if my friends sister agrees for settlement for her share?

My Grandfather's ancestral property(land) was dived among his two sons(my father and my uncle) when he was alive in 1997.They were three children(My dad,my uncle and my aunt). At the time of partition my aunt was given some cash and the sons were distributed the land.There is no legal proof that my Aunt was given the cash at that time. My grand father passed away in the year 1999. By that time my uncle has built a house in his portion of land.

My father passed away in 2005 and there was no will written either by my father or grand father. My mother has invested all her saving in that land(my father's portion) and built a house.Considering the 2005 property amendment act

1. Who would be the legal heirs of the property now(my grand mother is alive).I have a sister as well.

2. Would my aunt still go ahead and claim her share.(The land distribution already happened before 2005 in between my father and uncle).

Please help me out with this.

Dear Experts R is the son of BS and BS is the son of BH,where in both BH and BS are dead leaving behind R and other children.Now the case is like there is no single doc support with R to claim him as legal heir of BS caz R has no docs with him as proof due to so many reasons like he was small BS and BH died and after that R was not well and all docs lost somewhere.In that case how R can get legal heir certificate and what ids the process for the same and under what act the case falls in also who will issue him the certificate. All seniors and experts requested to give inputs and legal suggestions. Thanks Tarun

I am from Hindu family. My Mother died several years back and my father re-married and got another son.

There is a property on my father's name which is does not want to give to me (eldest son), I am 25 year old now.

1. Is there any law that forces father to give a share to his eldest son?

2. As my mother died and father re-married and wants to make second mother and step brother as legal heir, so is there any law that forces to consider me as hier?