Can right to reputation be considered a fundamental right?

Can right to reputation be harmed due to someone's else's actions (NOT WORDS, SPOKEN OR WRITTEN)?

2) Yes it can be harmed by any way not necessary by written word or spoken.

If u appreciate my answer then will you give THANKS on my LCI profile.

But according to Subramanian Swamy v UOI, it has been considered as a part of Article 21.

Right  to reputation is a Fundamental Right and the supreme court has  in a number of decisions has said that /right to Life  and Personal Liberty under Article  21 of the constituion includes Right to  Reputation.See the below given information. If you appreciate my answer please click the  thank  you buttonon this forum.\The information pertains to various rulings of the supreme court.

The same American Decision has also been referred to in the case of State of Maharashtra v. Public Concern of Governance Trust[xv], where the Court held that good reputation was an element of personal security and was protected by the constitution, equally with the right to the enjoyment of life, liberty and property.

In State of U.P. v. Mohammaad Naim[xvi], succinctly laid down the following tests while dealing the question of expunction of disgracing remarks against a person or authority whose conduct comes in consideration before a court of law:

In State of Bihar v. Lal Krishna Advani[xvii], a two-member commission of inquiry appointed to inquire into the communal disturbances in Bhaglapur district on 24th October, 1989, made some remarks in their report, which impinged upon the reputation of the respondent as a public man, without affording him an opportunity of being heard. The Apex Court ruled that it was amply clear that one was entitled to have and preserve one’s reputation and one also had the right to protect it. The court further said that in case any authority , in discharge of its duties fastened upon it under the law, transverse into the realm of personal reputation adversely affecting him, it must provide a chance to him to have his say in the matter. The court observed that the principle of natural justice made it incumbent upon the authority to give an opportunity to the person, before any comment was made or opinion was expressed which was likely to prejudicially affect that person.

Right to reputation is vital for uplifting Art 21 (Life ).so it is fundamental ; if not how can you get Law of Torts activated. 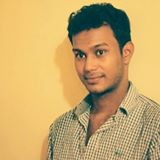