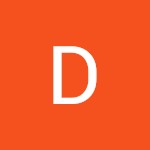 Dear all If the contract manpower employed in organised sector or Govt office are not paid as per minimum wages act (when mandatory) then is it human rights law violation???

The answer to your question is yes, as the labour laws were something which itself evolved from human rights but to proceed against the contract employer, you need to go through minimum wages act only.

We have minimum wages act and other laws in our dfomestic laws which are supported by International conventions such as UDHR 1948, ICCPR 1966, ICESCR 1966. On top of this we have the ILO the popular labour Legislation which was established after the 1st World War under the Treaty of Versailies, and by 1946 the International Labour Organization became the first Specialized agencies of UNO.

Thax I got my answer will go through the respective law