How can i get my marriage null and void

I got engaged with and a guy in April’11 and we did registered marriage in UP registrar office in Sep’11 as per “Hindu marriage act”. We did our marriage registered because we wanted to have VISA for me from his company so that I will be able to travel USA with him. However in actual we did not get married. Now they want to break this engagement and they were hiding  the marriage certificate from us but now we got the certify copy from the register office and we got to know that they all were just lying and hiding certificate from us. The guy is not ready to marry me because his family has created lots of distance between us and he has been brain washed. He is not in touch with me from last many month. He doesn’t bother to reply my phone calls and emails. He is not in India he is in US.

My concern is if I didn’t get marriage in actual then is then is there any way to get this marriage Null and Void. Because our marriage has not been consummate and I didn’t stay for single day at his home.

If I say in the court we didn’t registered marriage for visa and it’s not actual its was fake so in that case court will punish me also. Please advise how can I apply and get this marriage nullify as per HMA sec -11/12.

You would need to take a Mutual consent divorce whatever be the reason for marriage once performed/Registered it is a valid marriage in the eyes of law.

Giving a statement in court stating that you married for Visa would prove to be detrimental against you.

u are a co-accused in this - false registration of marriage.

your marriage is registered . it is valid . dont mention about visa . ask for mutual consent divorce . contact a local lawyer in UP

There is no valid ground for you with which you can seek your marriage as a NULL and VOID under HMA.....

On what grounds a person can go for null and viod. Please suggest.

Any marriage solemnized after the commencement of this Act shall be null and void and may, on a petition presented by either party thereto against the other party, be so declared by a decree of nullity if it contravenes any one of the conditions specified in clauses (i), (iv) and (v) of section 5.

Section 5 - Conditions for a Hindu marriage.

A marriage may be solemnized between any two Hindus, if the following conditions are fulfilled, namely:-

(a)           is incapable of giving a valid consent to it in consequence of unsoundness of mind; or

(b)           though capable of giving a valid consent, has been suffering from mental disorder of such a kind or to such an extent as to be unfit for marriage and the procreation of children; or

(iii)          the bridegroom has completed the age of [twenty-one years] and the bride the age of [eighteen years] at the time of the marriage;

(iv)          the parties are not within the degrees of prohibited relationship unless the custom or usage governing each of them permits of a marriage between the two;

(v)           the parties are not sapindas of each other, unless the custom or usage governing each of them permits of a marriage between the two.

It means this marriag cannot be nullyfy on these grounds.

If i say i was influenced by them or if we file a case against them and this case will go X-party? is that possible?.

SADLY... IT IS NOT AT ALL POSSIBLE.... ESPECIALLY TO NULLIFY YOUR MARRIAGE......

Again i sense harassment to husband and family by fililng false cases...

Arrnage meeting and ask for mutual consent divorce ..you may say you dont want even a single Rupee ..this might speed up the process...

No NGU. Its not about harrasment to them. Its about myself. Y would i take divorce if i didnot do anything. You have no idea what i have gone throught in last 6 months. His family was making me tourcher. Me and my was mentally harassment by them. You cannot even imagine. and now everyone is talking about divorce. If i take mutule divoce or any kind of divorce who is going to accept me?

But your original question was to nullify the marriage so whats the difference in nullity and taking a Mutual divorce both would make you free from this relationship or else you dont want a divorce and want to continue with this relation and want them to accept you.

Hi Sanjeev Thanks for your reply. I want to get nullyfy this marriage but not divorce because if i get divorce then I will be tagged as Divorced but this won't be the case in nullfy. i won't be able to convence my future husband that in actuals I was not married. It was just for Visa. Noboday is going to trust on it.

So please let me know if there is some hope.

No hope ., try to reconsoil with the reality. 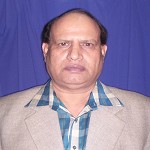 You say your marriage has not been consumated.  If that is so, it is a valid ground for divorce. You should file a case seeking divorce by giving his known address.  If he does not appear, it will be granted to you ex parte.