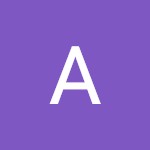 Points: 34
Please let me know whether the Union of India as appellant against a private individual is liable to pay ad valorem Court Fees for challenging award of mesne profits against them in an eviction matter in West Bengal.
Reply

Yes, Union of India and, for that matter, any Government institution or agency is liable to pay court fees in the rate prescribed by the respective State Government.

Points: 34
Thanks Sir Mr P. Venu for your prompt answer to my question. Could you please cite any authority or notification in this regard. Thanks, once again... Ashish
Reply
On 01 May 2020

You may refer the court fees act.

Points: 34
Thanks Sir Mr pawar for the information. Actually, in the West Bengal Court Fees Act,1970 there is no specific mention about this particular issue or maybe I have missed it. Could you further enlighten on this aspect, if possible. Is there any Court judgement on this issue that you may have come across. Thanks again....Ashish
Reply
On 01 May 2020

When there are no exemptions, how could there be anu Rule or authority. If there is any real issue, please post the relevant facts.

Points: 34
Sir Mr. Venu, I would like to apprise you about a Madras High Court judgement dated 9th January, 1902 in the matter of: Bell vs. The Municipal Commissioner , wherein at para-46 thereof while discussing various exemptions allowed to Govt., a small mention has been made regarding the Court Fees Act & the liability of the Govt towards payment of Court Fees....... Since this is a very old judgement, I would like to apprised about something of the like in recent times. Thanks for showing interest in my query. Regards......Ashish
Reply
On 01 May 2020

Relevant part of para 46 is reproduced below:

Indian Stamp Act, 1899, Section 3, proviso (1), is as follows: "That no duty shall be chargeable in respect of any instrument executed by or on behalf of or in respect of the Government, in cases where but for this exemption the Government would be liable to pay the duty chargeable in respect of such instrument." This is a legislative declaration that but for this exemption Government would be liable to pay stamp duty in cases in which according to the rules laid down in Section 29, the liability will devolve upon Government and not upon the other party to the instrument. Such declaration is very significant in that neither in Section 29 nor in any other section is Government expressly or by necessary implication included. There is no similar exemption in favour of Government under the Court Pees Act. Government pays Court fees like other litigants and if successful, recovers the same as costs from the adversary and thus it will be seen that Government is really benefited. There is also another weighty reason against the exemption of Government from paying Court fees, for the result of such exemption would naturally be to increase the burden of Court fees upon the rest of the litigants by raising the scale of fees.

Points: 34
Thanks Sir Venu. You have spent a lot of time on my query. I am very much thankful to you for your efforts. To apprise you further, there is another subsequent judgement which again confirms the same view point. Thanks & regards.....Ashish
Reply
On 01 May 2020

I am equalling thankful to you for providing me an opportunity for perusing a significant Judgment.