Can Adv without vakalatnama represent other Adv in case?

I have some queries in this regard.

1) What if the 3 to 4 lawyer's name is given in vakalatnama filed by opponent party's counsel and it is not signed by all the lawyer's whose names are there.

Is there anything wrong in all above mentioned situations which we can use against the opponent party/lawyer in our cases.

pls consider my above asked queries in regard to civil / matrimonial proceedings in civil / family courts.

My question is if an ex parte order is passed and the Adv representing does not have consent of the litigent, and after two years he appears to set aside the ex parte order can he do that  and or can any other adv permitted to represent the said litigent after two yrs to quash ex parte award. Pl advise.

It is not at all illegal. In fact Order 3 Rule 4(5) of the CPC provides that an Advocate who has filed his vakaltnama can instruct another Advocate to appear on his behalf and conduct the case. In such a case the other Advocate will not have to file any vakalatnama. The only act that is prohibited is that the second Advocate cannot withdraw the case or file a compromise on his behalf. There are numerous citations of the Hon'ble Apex Court and various High Courts to this effect.

All ok in Indian court.

The SC observed that there is no such term as "proxy counsel" under the Advocates Act.

Hence neither a party nor the advocate on record would be entitled to
appoint a proxy counsel and waste the time of the court.
https://timesofindia.indiatimes.com/city/mumbai/Proxy-counsel-cannot-argue-a-case-High-court/articleshow/46257573.cms
1 Like 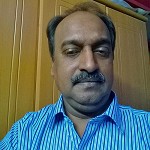 Para 652(1) permits advocates to engage another advocate to appear on behalf of his party. In High Courts the Senior Advocate engagements are done in this way. Opponant party cannot object this type of engagements.

No Bro,may be right but it paves way toabusement of judicial machinary indeed.

The original query was raised 7 years ago. Still people are merrily debating the issue. This is typical of Indian courts.

It is definitely a old post. But, this is taking its toll on litigants & SEVERE injustices are happening. This NUISANCE HAS TO GOO.