Attaching property of husband by drt

My wife was propritress of a company. I was the CEO facilitating export orders for the company. The firm got an order from a government in africa, As per the instruction of the government we opened a liaison office in that country, a local bank in that country opened an letter of credit in favor of the indian company with liaision office as the drawee of the same. We paid premium to ECGC for Shippers credit policy and declared that it is our liaision office to facilitate the exports. ECGC said the bank's risk cant be covered but since it is open cover country we can ship.

We managed to prepare the materials from our own source of funds (by selling properties in my name and borrowing money from others) to perpare the shipment of goods.


In the meanwhile the government in africa paid 50 lakjs and stopped paying since the local bank in africa informed them that the bills are discrepant. We tried our best SBI to forward the documents also persuaded the government to make the payments. In one of the communications the Branch manager categorically denied recieving any communication from us.

In the mean time due to political circumstances we were unable to follow with the government there. So we approached ECGC for a claim to repay the bank. ECGC catagorically refused saying we did not obtain permission in writing. After strongly writing to ECGC, they sent the claim form to be filled.

We filled the claim form and submitted to the SBI to endorse it so we can submit to ECGC in Feb 2013 unfortunate till date the bank did not oblige to do that.

DRT has attached the properties and in the order the presiding officer has mentioned that proprietress is jointly and severally liable.

The bank still wants me to disclose all the assets in my name. I request the experts here to guide me where i can stall these proceedings and claim the money from ECGC.

you can approach high court of ur concern by filing writ petition where the sbi is situated and seek for stay of all other proceedings and also u have to take separate proceedings against the bank for deficiency of service and damages for delay in not taking steps to forward information send by you within time. so it may give u support for ur case that it is not your default it is the defalt of SBI. 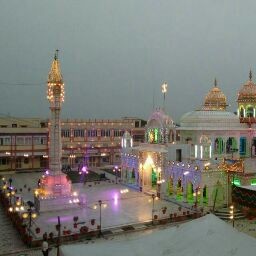 What could be ascertained from the query that claim could not be lodged for the reason that your bank has refused to endorse/ confirm the details of the shipments which remained unpaid  There is solution available to this problem provided you have got the risk, causing non payment of shipments, under the policy obtained by you.

It is not clear to me how could your wife and you could be proprietoress and proprietor of the company.

Either it could be a partnership firm and you are partners or in case of company you could be directors. There can not be two owners in a proprietorship firm.

For further discussion and to seek assistance I could be contacted over 8130009681 or rakesh.caiib@gmail.com

Since We need more information before we give our comment qua the captioned issues therefore we would suggest you to kindly get in touch with Dr. Rajesh Verma on the Phone No. 011-30446489
And seek the further guidance.
Regards !
Office of Kislay Panday
Managium Juris