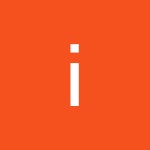 In this condition what should I do? Kindly guide... Her family torcher her mentally and physically too... Including her Jija...

What should I do in such situation.. Pls guide...

In general, Arya Samaj marriages are very simple to execute and the rituals are straight. It is a choice and wiling preference for couples where one person belongs to Buddhism, Jainism or Sikh religion.

Though, Arya Samaj marriage certificate is not a valid document fo marriage in International Law, it's validity is totally different here in Indian Law.

As per the situation you're dealing with, I would like to add on something. Basically, Arya Samaj marriage is just like Hindu marriage, where the marriage takes place around the fire.

Therefore, it is Legally Recognised in India as per Indian Laws.

For more reference you may to proceed to take a glance at the Arya Samaj Marriage Validation Act of 1937, which has been provided under the Hindu Marriage Act (HMA), 1955.

Since it's a legal marriage here in India, you and your wife have rights to live together and if anyone is creating problem then you may proceed to file/register a complaint to your local police station.

The police will then take care of the matter at a base level. If any issue still persists then you are eligible to file a complaint within a Family Court which has competent jurisdiction over the matter.

Hoping all your problems resolves soon.

I'm glad I could help.

Now, coming to filing of the case, you can file a case any place where either you reside or place where your spouse resides.

Hope You Get Justice Soon

Thank U so much sir.. I'm from Maharashtra nd girl from karnatka....

Can i fill case in Maharashtra? Ri sure sir..

Thank u so much.. U clear all my doubts

A marriage through Arya Samaj Mandir can be carried out when either the bride or the groom is Hindu and the other is belonging to Jain, Buddhist, or Sikh religion. The marriage takes place according to the Hindu traditions and is legally recognized. These types of marriages are valid and legal as per the Arya Samaj Marriage Validation Act of 1937 that is provided under the Hindu Marriage Act, 1955. Therefore, the marriage certificate holds value in India. In the event of any disturbance in the peaceful life of the aggrieved party, they can approach the police authority concerned.

I'm from Maharashtra. Girl from karnatka. We perform arya samajh marrige in delhi.

I'm from Maharashtra so can i file police complain in Maharashtra? Girl living with her family in karnatka. Pls guide.

As I've mentioned earlier you can file for the case in any place where either you reside or your spouse.

Kevin sir. U clear all my doubts. Thank you for guidence. Ur little advice means alot for me.

Courts have held that an Aryasamaj marriage is valid only if both belong to Aryasamaj. If either or both belong to Hindu religion or any other religion and have got married following Aryasamanj rites without themselves becoming Aryasamajis, the marriage would not be a valid marriage. But if both are adults and want to live together married or otherwise no one can prevent it. You can file a writ of habeas corpus in the High Court at Bengaluru or Bombay to produce her in front of the court. If she states before the court that she wants to live with you, the court will issue orders accordingly.

U r talking about non hindu...

Is the above quotation from any law?  If so please let me know the Act and the Section.

The Arya Samaj Marriage Validation Act, 1937 has only 2 Sections and I reproduce below Section 2 of the Act.

Marriage between Arya Samajis not to be invalid:- Notwithstanding any provision of Hindu Law, usage or custom to the contrary no marriage contracted whether before or after the commencement of this Act between two persons being at the time of marriage Arya Samajis shall be invalid or shall be deemed ever to have been invalid by reason only of the fact that the parties at any time belonged to different castes or different sub castes of Hindus or that either or both of the parties at any time before the marriage belonged to a religion other than Hinduism

It is clear that in order the marriage to be valid it is necessary that the parties should first be Arya Samajis.

Please do not make personal statements. If you have any law, section or judgment to contradict the above give it here. Performing  Arya Samaj marriage and validity of the marriage are two different things.