are arguments done by the advocates in the court 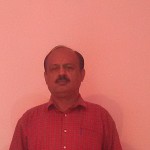 Are the arguments done by the advocates recorded on paper in the court and whatever they say is also recorded on the court of law in India on the paper or register of the lower court or high court? If any one has answer please let us know.

All the oral statements may or may not be recorded in courts.

You have something in your mind.  What is that.  Please first reveal your facts and then ask the question.  It will be possible to answer then, instead of your present query.  The present query has been asked by you without knowing anything about court procedure.

Oral Arguments are not recorded.     Memorandum of Arguments can be filed.    This shall be taken on file.

Oral Arguments are addressed by Counsel only if contracted.    If Counsel are not engaged, parties-in-person are entitled to address arguments and to file Memorandums of Arguments.

It's, however, not mandatory to either address Oral Arguments or file Memorandum of Arguments.

That is why we the public want to know the proceedings of the court. If not recorded, it is a serious flaw in the court proceedings. Most of the cases can not be proved because of short of evidence. To generate evidence mostly eye witness is needed. Or the court concludes the case according to the circumstancial evidence. Mostly the crime takes place in a remote place where there is no one. I am not talking of murder case or attempt to murder, but other cases. The main population of the country is poor. The police and judiciary purposefully delays the process of law proceedings so that the evidence can be diluted or diminished in the cases of the poor, if they are of not the rarest of rare cases. Therefore the only way to prove the crime is the oral dialogue, where the difference in the orguments can be found and some evidence gathered. Your statement proves that it is impossible for a poor or comman man to get justice in India. A voice must be raised in this regard. - Thanks

Your excitement is legitimate but, I'm afraid, unwarranted.    It was not feasible to record Oral Arguments when technology was as developed as it is now.     The same methods are regrettably being continued.

Yes, I agree with you.     It is impossible for a poor or common man to get justice.

But, contrary to what you mentioned, it's not India alone where justice is a mirage.

Even God is for the big batallions.

So according to the arguments going on, we can say that this is lawless world. Most of the population of th world is poor or common man and there is no law and justce for the maximum population of the world. Therefore there is need for the people to gather and do marches throughout the world till the governments of the world give us enough judges so that the justice can be done.

A couple of years earlier, a Court clerk said, " If one has money in one's pocket, why does one go to jail?"

An Advocate of the Supreme Court said, " Will the Judge hear you?"

A Clerk of the Supreme Court said, " Ninety nine per cent of the cases filed by partie-in-person are dismissed."

A High Court thinks that discretion should be given to Courts to allow parties-in-person, an idea that violates law.

I prosecuted a woman and a man and got them convicted.    The magistrate couldn't but convict them.    The punishment visited was standing in the Court till its rising.     About two hours only.    I used to stand in Courts for more than two hours because there were no chairs to sit in or benches to sit on.    Their offence attracts life or 10 years.    What's more, the sentence awarded was exclusively for offences tried summarily.    The High refused to interfere.    The Supreme Court refused to grant even special leave.     I, while addressing my Oral Argumentsin the Supreme Court, roared,  " Non maintainability is the most serious flaw in law; it can't be allowed to stand once it's brought to the notice of a Court."

A magistrate returned my plaint with no option given to me for resubmission.    I went in for Appeal.     The Appeal was returned with no option for resubmission.     I went in for Second Appeal.    It was returned with a remark: File all relevant papers.    All the returns are not lawful.  It's their duty to specify what documents in their mind were.      I abandoned my pursuit.

Many judges and magistrates write, " How this's maintainable?"     A non-specific observation.

That said, justice is done in the world better than ever before.   And Indian Judiciary is far better than that of Japan or the USA.

The Apex court has issued guidelines to install CCTV with mike in courts...

a wise man said you have only law in this world; you will have the justice in the day resurrection