Why the legal profession is the last choice 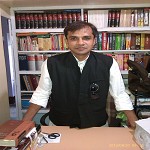 Undoubtedly Legal profession is one of the Noble and Honourable profession and one has a very bright future provided he/she is honest, hard working and commited to this profession

hard work and precticals are the basic pilars of it.

The Freshers and Juniors are POORLY PAID. The Seniors who have established themselves MUST CONTRIBUTE BY DEVELOPING JUNIORS. Even the compensation needs to be reasonable to survive as they are made to run around and do all dirty jobs.The job requires lot of reading and updating oneself as Laws are constantly amended and on same Law different verdict is given.

the issue is debatable. with the establishment of a number of national law schools it can hardly be said that no meritorious student ( the author by creamy layered probably wanted to mean an intelligent pupil and not a goat or below average) is pursuing the law course as first choice. true there are many colleges where great many students pursue law as last resort. it is not unusual. we can expect good students in IITS. but  there is now an engineering college at the corner of every street. certainly they are all not churning out Visweswyaras. still the sorry spectacle of this noble profession is asdue to as rightly pointed out by  Mr. Choudhury and Mrs. Bhatt. LINCOLN, GANDHIJI, NEHRU, MOTILAL, RAJENDRA PRASAD, OBAMA all should not be regarded as fools to pursue a profession only for pelf and power.

I personally believe that  the same is not right. I do not agree with the fact that creamy layer does not join law. I live in Delhi and are attached with this profession for last 10 years and have seen outstanding lawyers they show that were the bigger than creamy layer of their time.

Hellooo...basically your question is absolutely wrong. never  i have seen like this  profession, it's wonderful nobleness fantastic (if you talented) you know lawyers only  can  decide the fate of nation. ex.(p.Chidamabarm)    (in past mahatma ,nehru, jinnah) but now  educational institution is not a good as well as syllabus , very worst  first we have to develop the law education and increase the syllabus and subject., automatically legal profession will be developed.

suggestion to  improve the law education.

1. law education should be common  for all India.

2. Private sectors should be abolished.

4. every student should be under the any senior counsel/advocate (above 15 years)

5. daily written submission /assignment about any case law/subject/public issues/act/ minimum for 25 pages.because they can get very good drafting skills.

7. law student should not participated in any public activities without permission of Principal

8. policts among law student will be prosecuted.

11.national level exam is must.

dont under estimate the legal profession.

1. IT TAKES A LONG TIME TO ESTABILISH YOURSELF AS INDEPENDANT LAWYER.

3.  AS IN CA, VERY WELL QUALIFIED PERSON ENTER IN TO THE FIELD BUT IN LAW ANY PERSON MAY TAKE A DEGREE OF LAW FROM ANY CORNER OF INDIA AND HE CAN START PRACTICE AFTER GETTING SANAD. I THINK THERE MUST BE A SCREENING TEST FOR OBTAINING SANAD FOR PRACTICE AT BAR SO THE WELL COMPETENT PERSON SHALL ENTER IN TO THE BAR AND MAKE IT A NOBLE PROFESSION AS IT HAPPENS IN THE ENGLAND.

4.   SOME OF THE PERSONS PRACTICING AT BAR ARE NOT SINCERE AND THEY HAVE HURT THE NOBILITY OF THE PROFESSION AND SOCIAL STATUS OF A LAWYER.

i really do not think it is right to make a statement as to why is legal proffession the last choice, i think the last choice to the serious student has always been the regular degree course, definitely not a vocationalone.

even if your statement is considered as true, the most probable reasons as cited:

Noble Proffession : Many still believe in  the concept of a noble proffession. it ceased to exist the day when the ruling included  a doctor or a lawyer could be pettitioned under the consumer act. nobility does not go one way, if you can file a case against practioner as a consumer then the practioner also is well within his rights to be wary and treat the client as a 'consumer' . this takes off the trust between the parties ,what is left to be noble about then?? for eg:i will need to take a malpratice insurance and my clients will pay for it at the end in some way or the other.

Medical proffession is also noble, we dont see any dearth in the candidates applying.

LESS INCOME INTITIALLY : As far as money is concerned, no doctor with simpple MBBS degree even from AIIMS will get a decent income initially. ideally do your masters and expect to earn decently only about ten years from the time you entered for MBBS, how different is it with law??hence obviously it is not the money. creamy layer has sustainence anyways.

To understand Law you need experience. it is very similar to philosophy. it is very difficult for 18 year old to understand nuances and the scenarios as quoted because he/she can never empathise a situation at that age.

law just does not mean wearing a black coat and attending court.

you could excel in corporate law, could be the part of big 4 consulting firm and believe me , those are top money jobs.

The examples of mahatmaji quitting are in my opinion childish and to certain extent derogatory. Why dont you look at the fact that while india gained full independence in 1947, it is upto us and the next generation to continue the struggle with a bit more of austerity and respect. Be a part of the system my friend.

another suggestion of banning involvement of a law student in a public office. if he/she is doing so without affecting the purpose for which he has joined the college then it is against the very constitutional rights!!

so in inference i feel that statement holds its origin from  a misconception that legal proffession is the last choice!! It is not so my friend. however contrary to the belief that the age limit should be brought down i feel there should be no age limit to study law. How could  A physically fit man in his thirties, much experienced with way of the life, settled in his earlier proffession or atleast knows how to survive. larger networking purely by being around a few summers  be a liability to the proffession?

15 years before lawyers were maligned community

but today the case is

th major setback for the apathy of legal profession seems to be the way we get lllb degrees from various colleges as still at present time, i know majority of law colleges are not well equipped with to bring out a good and requisite law graduate. they lack in everything be it infrastructure or education or so.

firstly we (govt as well as we the citizens) must correct this position  then only this profession can get the respect what we wish for.

also the scenario has, to some extent, been changed due to NLSs and some other good law colleges who proudce good advocates. they are highly paid as well.

if we need a change we must work for it otherwise we are liable to do with the same .

i do agree with mr Bhandari.   Legal profession is not the last choice of cremy layer students.

In Legal profession, an enterprener need atrlweast 10 years to make a stable practice. But at the same time, persons of his age group earn more..

LAW in india is the most perverted thing to exist after legislation ( politicics ) . In fact Politics is the corrupt "elder sister" of law and togather both of these are use to exploit the vulnerable .

The way Law is written in india- there are NO BLACK AND WHITE lines to delineate and convict the guilty . Instead it is DELIBERATELY written as a LOOSE WRAPPER so that , it can be easily manipulated on the side of the powerful and rich.It more like an instrument that can be 'bid up" by the highest bidder

Some of the laws like the Hindu Marriage act, evidence act , 498a , DV are either deliberately discriminative or outdated - belonging to 1890' s.

So law in india is a commodity that can only be bought not by the rich , but essentially by the corrupt and in fact indian law has NEVER ever succeeded in sticking to the rule and having the balls to convict the guilty.

e.g. shah bano case . what happened ? why we thought the congress loved women's right and made 498a so why did it discriminate not only that but mr gandhi used the legislature to manipulate the law so that never ever in history can a muslim woman come out and knock the doors of justice. Genuine case ? no justice . False 498a's ? - a lot of injustice

In US the govt has the Balls to go above minority interests and support the freedom that these people fought for 200 years ago. e.g. Salman Rusdie's fatwa was challenged  and the right to free speech upheld.

people like "bagwan rajneesh" are  deported and other religious heads who turn out pedophiles are convicted and put in bars....

in india female abusers like that "didi" or swadhay parivar who murdered Shri Trivedi and mr asamam from ahmedabad  go scot free and keep smiling as their 'other hand' will keep comitting murders .

This is the law in india.

Law in india also reflects the mindset of the indian people. 1000+ years of islamic tyranny has pushed the society in totally submission , what we boast as "tolerance" . during the British rule , we challenged that asking for so called freedom from the very people who united us when india was so split up and divided and opened the first cup of education. When we got our freedom - we are back into the submissive age only this time it is not moguls but congress shadow ruling controlled by islamic interest.

so the people who tolerate nonsense are also guilty of letting nonsense be written and sustained by law makers.