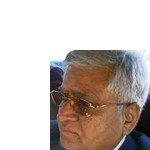 As per my opinion, it is not compulsory but you can adopt name which suggests that you are Hindu.

It is absolutely urgent to change names after one converts to another religion. I will sum up the reasons behind this:-

i) Some names might be unacceptable in some Religion:

Some religions make it mandatory to change names, while some religions don’t. For example, a Hindu lady named Rashmi, became Christian, but she didn’t need to change her name. She still retains her old name. On other hand, I have never seen someone who converted to Islam retain his early name. Maybe some retain but mostly change their names.

Here is a quotation:-

"A person who has converted to Islam does not need to change their name unless their name embodies the worship of someone or something other than God."

Thus if the original name does not comprise or imply something forbidden in Islam., then he or she is permitted to retain it.

Suppose there is a person called Shivram Chaturvedi. Definitely, he would need to change his name if he converts to Islam. His previous name would be considered un-Islamic.

ii) Religion would be blamed unnecessarily for the deeds of a person from another religion.

Thanks Mr Pawar for understanding my query and definite answer

As per the Supreme Court, it is not essential to change name after conversion. This was stated in the case of Mohammad Sadique vs Darbara Singh Guru on 29 April, 2016.

Thanks to all the experts