the payee has filed a 138 ni act complaint.  can such a complaint survive if the account of the drawer was fozen by the CBI and the payee was aware of it ?

The magistrate convicted my client despite everything brought on record.

please answer fast along with citations if possible as my clients appeal in sessions court is coming up for hearing shortly.

When fire is small any breeze will put it out.

If fire becomes big than any flow of air will make it more bigger.

You should have taken proper steps in lower court , you should have made such query while framing the revision petition. Now arguments stage is too late.

Try to find some other mistakes in record of the complainant since once you accept cheque is yours frozen account, closed account  arguments are rejected by APEX COURT in recent cases.

Cheque bounce accused you should be alert from day one.

You should claim  that :-

1) cheque was not  yours  2) there was no any  legal liability and 3) you have not received any notice prior to filing of the case.

This can be done by properly planning the steps so the burden will be on the complainant  to prove all these things.

Like any other document, mere production and marking of cheque may only prove that a cheque which contains an order in writing and a signature has come into existence. But, it will not further prove that it is created , drawn or executed by accused.

I totally agree with all the opinion of the experts made above, you have no escape route. Please tell what is the judgment, is there any sentence passed by trial court. you can ask for lenient view nothing more than this. It will be the discretion of the court and strength in arguments of your advocate.

as per Delhi High court Judgement of the below case

When ever you refer any case law you must also go through  later decisions in the matter .

SUPREME COURT HAS GIVEN MANY DECISIONS IN 2010 TO 2012 IN THIS MATTER.

expression “amount of money …………. is insufficient” appearing in Section 138 of the Act is a genus and dishonour for reasons such “as account closed”, “payment stopped”, “referred to the drawer” are only species of that genus. AND

such a dishonour in order to qualify for prosecution under Section 138 shall have to be preceded by a statutory notice where the drawer is called upon and has the opportunity to arrange the payment of the amount covered by the cheque.

It is only when the drawer despite receipt of such a notice and despite the opportunity to make the payment within the time stipulated under the statute does not pay the amount that the dishonour would be considered a dishonour constituting an offence, hence punishable.

If your bank account is frozen, that means someone has filed a case against you for some kind of  debt and got a judgment decree against you. But you should have received a notice that the account will be or has been frozen and that certain funds are exempt from collection. But your case is now at the appellate stage before the Session Court and it is too late even to go for OSC to vacate the judgment, so all you have to do is to fight the case properly before the Session Court, with grounds like  excusable default, lack of jurisdictions, fraud or misrepresentation s and misconduct etc.

We do not know on whose behalf this problem is posted.

May be from complainant side who wants to know what possible steps the accused can take.

What ever may be the case the matter has been extensively explained.

In general cheques are issued and they are deposited within couple of days. In certain cases PDCs are also issued, that means the status or any eventuality may not be known to drawer from the date of issue to date of cheque...So..

1. If the attachment by any govt agency (CBI, Court, Sales Tax, Income Tax, excise) is prior to the date of issue, then it is fraud also by drawer, a case under S.420 can also be made out for willfully issuing a dud cheque.

2. If the attachment is after the cheque issue date  (generally when cheque is lying with payee for long or a PDC cheque), then drawer cannot be convicted, but the case will move and drawer has to prove that attachment by CBI etc was after the date of issue.

(Court cannot convict even if liability is proved and every other ingredients are proved, court cannot also convict by taking a logical line that drawer was informed by the notice and he knew about freeze as well as dishonor....)

For the simple reason, as soon as the account is frozen or attached, then it is no longer being maintained by the drawer (pre condition to S.138), it is not in the control of drawer..

Conviction is the perverse order of the trial court if it is ordered after proof of such fact that account was frozen after the issue of the cheque.

Despite the fact that parliament has realised that S.138 is too harsh and too much of a pain for accused, the trial courts are hell bent on convicting the accused. With due respect these courts are working more on common sense, (if the cheque is there, that means liability and convict), but they must realise strict interpretation of statue is required in criminal case, which they are not doing.

You are left with no option but to fight, with due respect these are complex issues requiring indepth interpretation and are beyond the level of Hon / Ld trial courts, higher courts can only give authoritative pronouncements. Take the help of above citation of Delhi HC and prepare your argument. 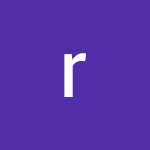 any citatition with regard to it sir

Any latest citation of Hon'ble  Supreme Court, that after issuance but before presentation of cheque if  the account is freezed by CBI, drawer is still liable to be convicted..