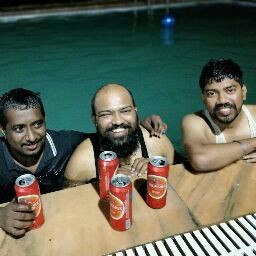 The king can do no wrong! still apply to india

The maxim "REX NON POTEST PECCARE" OR The king can do no wrong, still exist in india constituion. Any view will be greatly appreciated.

As per my view this maxim apply to cases where minister accused in criminal activity corruption [ kanimozhi  and Raja ] are still given the position in the cabinet. but the common people with any criminal charge is not allowed to apply for any government jobs. Why such differentiation is there between king person and country citizen.

Have you forgotten that the present day politicians are doing the duties of erstwhile rajas?

The TRUST of the present law minister, where his wife is the Director, looting public exchequer of the cost of handicappd people is a SIN which cannot be foregiven at any cost. We are in the 65th years of our Independence and I think if our country is allowed to be governed by these people, days are not far away when we will loose our independence. I I am afraid we may go the Egypt way very soon.

Real king is judiciary itself. who believes that they do no wrong.  I can recollect one incident wherein case was between brother and sister and was basing on the antecedent and existing right of one party. wherein court made up his mind to make case for other party and when there was no legal scope under law to make a case as per preconceived notion. as the case was established and based on ante right. To materlise the pre-conceived notion, court first changed the relationship of the parties from brother and sister to Bhabhi and Devar (sister in law and brother in law) with a view to extinguish the ante and existing right. After changing the relationship,  case was decided in the same way that king can do no wrong.

Client till date could not do anything, even beofre supreme court. This is the way of doing justice in India and and gives the feeling that justice should not only be done but should be seen that justice is done. (Case belong to Punjab & Haryan High Court)

Is this justice to public or justice to own whim and caprice of incumbent.?

So, Who is not king in India, its all let be Judiciary, administration, politician etc.if they are politician whats wrong in that, since they knows that another king will give them justice as given to the above party.

This will go on till the time judiciary will not be under scanner like lokpal. But No body fought to bring judiciary under the purview of Lok Pal, despite the fact that judiciary was having no objection. it is beause all politician, social activists need help and superior protection and they can get only if judiciary is beyond the scope of Lok pal.

Please bear with all this.