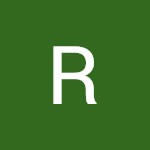 My cousin is looking for divorce. She is not living with her husband from almost now 3 years. She stays with her family. She is not called by her husband or by her inlaws back. This has happened second time with her. She had gone back on her own first time. She has two child and they both live with the father and he does not even allow to meet them. Now, she wants divorce with him. She does not want any remuneration or maintenance and she even does not want the kids as she is not from well to do family and cannot afford them.  However, the guy is ready to give divorce only on one condition where he wants to be removed his name from the different case that is going on and which is field by some other party. Also, the guy is having an external affair but which is hard to prove.

Can she get divorce stating that she does not want any remuneration and as she has not been called by her husband since last 2 years. Also, can court force to live with the guy again?

Thanking in advance and looking forward for positive response.

No, court can not force her to live with him, when she didn't want anything from him and both are ready for mutual consent divorce then talk to your sister to withdraw the cases against him, and get rid from him.

Please give details of the other case which the guy wants to be withdrawn ? has it been filed by your sister or her family ?

Moving on to your query your sister cannot be forced to stay with his husband  nevertheless she can surely obtain divorce from him on grounds of adultery even if the guy does not agree to divorce her mutually .