Do government funded NGO’s fall under the purview of RTI? What happens if they’re substantially funded?

In the case of D.A.V College Trust & Management Society V. Director of Public Instructions, the Supreme Court held that even if an NGO is substantially financed by the government , it falls under the purview of “public authority” under section 2(h) of Right to Information Act, 2005.

The appallent here runs various schools and colleges which have separate identities. The primary issue that lied before the court here was, whether the organisations that were substantially funded by the Government fell under the Purview of the RTI Act.

The Supreme Court here also had to determine whether the appellants in this case were substantially financed by the government.

In order to textually analyse the Act, the court took into consideration a precedent.

P. Kasilingam v. P.S.G. College of Technology & Ors., (1995) Supp 2 SCC 348] was the caselaw which was referred to here. It dealt with the interpretation of the words “means and includes” in a definitional clause.

The Court also took into consideration its decision in Thalappalam Service

Cooperative Bank Ltd. and Ors. v. State of Kerala and Ors. This case is concerned with whether co operative societies fall under the purview of the RTI Act.

The Supreme Court next gave importance to the words “substantially financed.” It opined that “substantial” means a large portion, but not necessarily a major portion or more than 50 percent. It further asserted that no hard and fast rule may be laid down pertaining to this and would depend on the facts of each case.

The Supreme Court also observed that if a body cannot undertake its activities without Government funding, it then would be an important factor in determining whether or not the body is substantially funded by the Government. 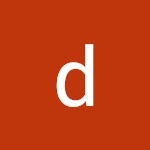 The accompanying summer, when Dubsmash initiative chose to migrate from Berlin to New York City, they took only five representatives with them—   https://dubsmashfollowersgenerator.club/  a much more extreme cutback pace of over 80%.

For a common man, the substantive contribution is interpreted as "any organization cease to exist" without such contribution from Government.

In other words without such contribution, it can not function.  Like hospitals that are functioning on lease and the market value is higher, or aided colleges where salaries are provided by Govt and UGC funds etc.

At the point when you are utilizing Among Us hacks, try not to be dubious of different players. As it is a group play game, too evident activity and trust as you would like https://amongushack.club/ to think will make your game exhausting. Imparting your experience to different clients and experience bit by bit. Our fair Among Us ESP shows every player's job and things and will tell you where are they on the guide.