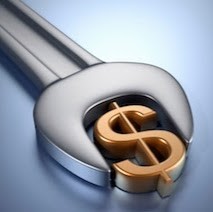 Sir, my father inherited two lands from my grandfather. One of the property is in Delhi while the other is situated in Modipuram, Meerut. My grandfather in his Will mentioned that both properties will be equally divided amongst both his childrens (one if my father and the other is my aunt). Since, the death of my grandfather we're living in Delhi house while the house in Meerut is empty, as my aunt/bua is happily married and resides in Moradabad.

Recently, my father decided to get the properties distributed equally and met my aunt regatfing the same and offering her to take part in decision making in order to know her opinion. But aunt refused it and said that she does not want any share in any house as she's well settled and so are her children. Now, in such case i want to know that if my father gives the other house to my younger brother after he's married, will it be okay. I don't think thay my aunt might create any issue about it, but still i want to know that will it be fine or can my auny take some step against such decision regardless of the fact that she herself said that she doesn't want any share?

Someone please elaborate me about what to do in order to avoid any problem in future.

In order to avoid litigation in future your brother your aunt/ bua has to execute a relinquishment deed in favour of your father qua her share in intestate property left behind by your grandfather before giving the house to your brother.

Get the relinquishment deed drafted by a competent with full clarity and get the same registered.

Yes, your father and aunt need to execute a settlement deed with the aunt relinquishing her share in property. Subsequently, your father can settle the property through a gift deed or a Will.